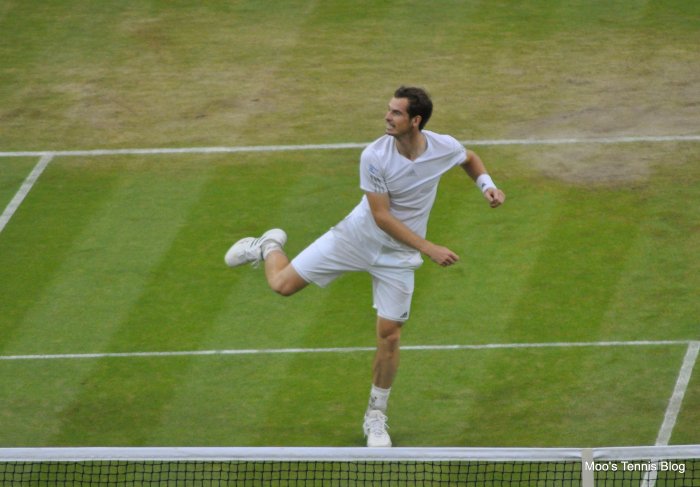 The loss of Roger Federer and Rafael Nadal from the bottom half of the men’s draw has opened the door for Andy Murray and Tomas Berdych, who will meet each other in the first of the men’s semi-finals which will be played on Thursday night in Melbourne (8.30am in the UK).  I was chuffed for Berdych who snapped a SEVENTEEN match losing streak against Nadal.  He snapped it in style with a 6-2 6-0 7-6(5) victory.  This match-up has been purely mental and I was surprised that Berdych finished this off in straight sets.  He was unable to secure a break of serve at 4-3* in the third set and lost a run of points in the tiebreak, but full credit to him for pulling through.  The reaction on his little face at the end was adorable.

Murray halted the run of Nick Kyrgios in Tuesday’s night match with a 6-3 7-6(5) 6-3.  Unlike some of the other results on Tuesday, this was one that I was not surprised about.  Murray is pretty efficient in these kinds of situations and it felt like a huge step-up in quality for Kyrgios, who had had some long and mentally exhausting matches.  It’s easy to forget that two months ago, Murray lost 6-0 6-1 to Roger Federer at the World Tour Finals.  Although he’s yet to play a top ten player this year, there have positive signs at the start of 2015.  In his quarter-final match, he served more aces and hit more winners than Kyrgios.  For Kyrgios, his attitude does frustrate me, but I do think he should be cut some slack being just 19 years old.  Personally, I don’t think i’m going to be a fan, but he’s going to be great for the ATP tour.  Based on opinions on Twitter, you’re either going to love him or hate him and he’s already done a pretty neat job at dividing opinions.

Berdych leads the head-to-head with Murray, 6-4; it’s always been pretty even between the pair and it has come down to who has been the best player on the day as opposed to one player having a mental edge.  Berdych has won their last two encounters in Cincy (6-3 6-4, QF) and Madrid (7-6 6-4, QF) which were both in 2013.  This is a huge opportunity for both players to reach a Grand Slam final and it’s really difficult to separate them.  I still have my concerns about Berdych.  There’s absolutely no doubt that he’s good enough to win a Grand Slam title, but he always seems to come up short.  Beating Nadal was great, but backing it up will be just as challenging.  As a Brit i’ll be supporting Murray, but I wouldn’t begrudge Berdych a win at all.  I’m going five sets and giving the very slight edge to Andy…