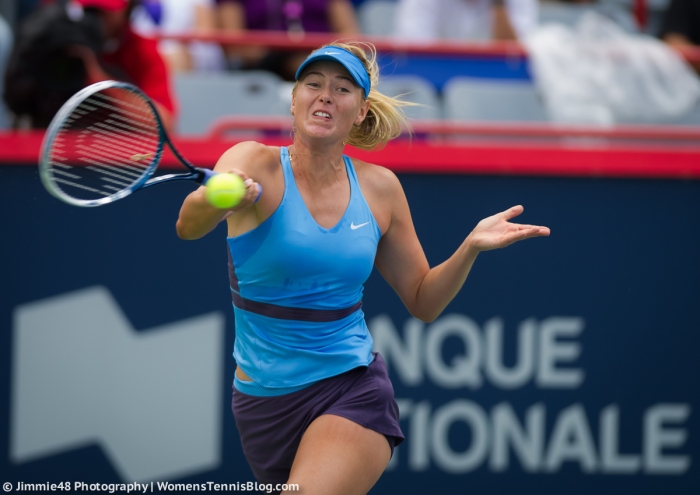 The first of the women’s semi-finals will pit the number two seed, Maria Sharapova up against the number ten seed, Ekaterina Makarova.  Both of Tuesday’s quarter-final matches were pretty sharpish.  Makarova defeated Simona Halep, 6-4 6-0 in just 69 minutes.  Makarova has now reached back-to-back Grand Slam semi-finals.  I wasn’t majorly surprised that Makarova won, but the scoreline was a shock.  I did stare at the result on my phone for a good minute with a slightly puzzled face.  Halep had looked in such convincing form in her fourth round win over Yanina Wickmayer.  This was a really bad day at the office for Simona.  She hit 31 unforced errors and won just 46% of points on her serve.  Full credit must once again go to Makarova for maintaining her focus and composure.  Makarova has broken new ground this week in reaching her first ever semi-final in Melbourne.  Her form at this tournament just gets better each year and she will forever be the Bourne GOAT.  This is Makarova’s fifth consecutive year in the second week of the Australian Open and she will edge back into the world’s top ten.

Sharapova contined her swift progression through the draw since saving match points against Alexandra Panova in the second round.  In a hotly anticipated quarter-final, Sharapova comfortably saw off Eugenie Bouchard in straight sets, 6-3 6-2.  Sharapova was a winner in practically every department of the stats.  She was not broken once in the 78 minute contest.  It has been a good tournament for Genie, but this was a disappointing result.  Since Wimbledon, Bouchard has played top ten opponents on six occasions and lost five of those matches in straight sets.  She’s a terrific competitor, but she does seem to run out of ideas if her A-game isn’t working.

Yesterday, I wrote that Makarova will have been glad to face someone different in the quarters after playing Sharapova twice in the quarter-finals.  Well, now it’s time for Maria! The head-to-head is looking a little ominous for Makarova.  Sharapova leads the head-to-head 5-0 with their last four matches all being decided in straight sets.  So does Makarova stand a chance in this one? The pair haven’t met since 2013 and I think that Makarova will have more belief in herself that she is capable of winning a match of this magnitude.  She also has the experience of playing a Grand Slam semi-final and coming in as the underdog, she can go out swinging and give it some welly.  However, I am backing Maria to reach the final.  Her experience and ruthlessness at this stage of a Slam is going to be tough to stop.  I’d fancy Makarova to give a better account of herself than their last match in the quarters of the Australian Open in 2013 which Sharapova won, 6-2 6-2.