The Dubai-Doha swing has been eventful to say the least… while we actually saw seeds progress to the latter rounds of Doha and one of them actually go on to win it, there were plenty of upsets again. Indian Wells should be an interesting one to see if some of the slumping members of the top ten can resurrect their years. Here’s my round-up of the 2016 Qatar Total Open in Doha… 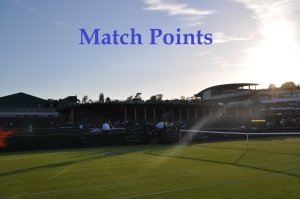 Carla Suárez Navarro won her biggest title to date with a 1-6 6-4 6-4 win over Jelena Ostapenko in the final. After the quick first set, I really didn’t expect this result. Credit to Carla who showed an impressive amount of resilience to stay with Ostapenko and eventually force her younger opponent into making errors. Her leap into the team box at the end was lovely to see. For a full recap of the match, check out my review over at Women’s Tennis Blog.

What a celebration! @CarlaSuarezNava jumps into her players box! #WTA pic.twitter.com/qpkpbKQogq

Hao-Ching Chan and Yung-Jan Chan won their second title of the year, defeating the Dubai and Doha singles champions, Sara Errani and Carla Suárez Navarro in the final, 6-3 6-3.

Second title of 2016 for the #Chan sisters. They're 2nd on @WTAFinalsSG doubles standings. https://t.co/kRsZ9udpkC pic.twitter.com/QZXghMIkt5

Tennis worth catching up with…

There were plenty of decent matches this past week in Doha and I have a long list that i’m going to try and catch up with before they disappear on TennisTV!

The match of the week, month, and perhaps, year was Radwanska-Vinci. In a refreshing change-up with 101 (!) ventures into the net, Radwanska and Vinci put on a clinic of old-school tennis. Radwanska fought back from a set down, producing some moments of magic along the way. Vinci though, played a great match herself and was outplaying Radwanska in the first set.

It started off a little one-sided but once Muguruza got stuck in, this was a quality match. There were some great rallies and commitment from both sides with the standard being raised several notches from the middle of the second set to the middle of the third set. Petkovic was almost flawless in the third set, while Muguruza looked emotionally frazzled by the end after a frosty exchange with her coach, Sam Sumyk.

A recommendation from one of my Twitter followers, Peter… it’s still on my list to watch back in full but some of the points I saw were great!

The 18-year-old, Kasatkina, continues to impress and had three match points to defeat Vinci in this entertaining contest. The Italian player continues to tough out wins and is playing next week in Kuala Lumpur… I wonder if she is gunning for Singapore and trying to take advantage of her good form right now?

Third set tiebreaks are always fun. Bouchard battled back from a set and a break down, and match point down (in somewhat fortuitous fashion) to rescue her first round match against Sevastova; the Latvian player has a wonderful game but didn’t quite have the mental toughness to pull out the win

Rob on the changeover… Welcome back! pic.twitter.com/Dxa2cO99HX

'Do they get a medal every time they call a foot fault?' – Dasha (after foot faulting)

Tbh the WTA top 10 and I both have the same feelings about February.Just try to hibernate until spring and pretend this month never happened

Petko was fantastic today and she gets the well-deserved three-set win from Muguruza. Her interview? Even better. pic.twitter.com/VNI7epmMto

The stats from the wonderful quarter-final match between Agnieszka Radwanska and Roberta Vinci.

Look at the net numbers. pic.twitter.com/hVk4EmU1Gr

Garbiñe Muguruza was clutch during during her 6-2 7-5 third round victory over Timea Babos.

A pair of hotshots from the Radwanska-Vinci match…

And another one from Aga in her match against Monica Niculescu… Guy McCrea’s reactions are almost as good as the shots haha!

Ana Konjuh saved EIGHT match points before finally succumbing to Caroline Wozniacki in the first round. Love the tweet below with a video of some her best shots; the last one was down match point, a forehand she absolutely pounded away for a winner!

Tough one today but a lot of positives to draw from. Expect to see a lot more from @anakonjuh in the near future. 👍 pic.twitter.com/Kqx4nfulc0

Ahh this is always nice to see.

I regret including one of Jelena Ostapenko a few weeks ago which wasn’t even that bad so here’s a favourable handshake to make up for it!

Jelena Ostapenko waltzes into her first Premier SF, beats Zheng Saisai 64 63. What a week for the teenager. pic.twitter.com/s9uidp2IYs

And another nice one between Suárez Navarro and Vesnina.

Elena Vesnina’s second round win over Simona Halep clearly meant a lot to her.

Smiling Petra… that’s all we need!

It's way better than practice 😉 https://t.co/VsSGYIfIUz

"I think the #WTA tour is getting crazy!" –@GarbiMuguruza 😜#WTA https://t.co/A2f0Na6sDa

Really warming to Kasatkina both on and off the court. And a great week for Vesnina too!

Highlights from @EVesnina001/@DKasatkina post-match interview. DK over the moon, to say the least: pic.twitter.com/POjOr2vH06

WTA Insider produced a couple of great articles with the players this week… check out the Insider piece with Alla Kudryavtseva HERE and a first diary post from Nicole Gibbs HERE.

Racket Rally: Ma01dp (my brother) has gone top this week and won’t shut up about it. He bought in Buyukakcay so he was generally unbearable after she beat Safarova. Cuevas and Fritz have also helped him into the top 3 worldwide for RR. After a promising start, i’ve tailed off! I’ll be using the next two weeks to get ready for Indian Wells and Miami. To join RR or update your team, click HERE.

Tennis Draw Challenge: I didn’t come last in Doha so yay me… Tom and Harj31426 were the joint winners for Doha, while ajdurso has already won for Acapulco, correctly predicting a Cibulkova-Stephens final. More details on how to join in the fun can be found HERE.

These last few tennis weeks have been a little bit crazy to follow. I’ll put up my draw predictions for Kuala Lumpur and Monterrey but will probably take a week off to recuperate the brain and get ready for Indian Wells and Miami…

33 thoughts on “Match Points, 27th of February, 2016: Highlights of the Qatar Total Open in Doha”