Sorry for the rushed previews tonight as Thursday is my tennis night! I was playing reasonably well tonight and i’ve finally started to time my backhand so it actually goes over the net and into the court. Go me. The attention is turning to Wimbledon (YAY) and it was the WTA party tonight. The Wimbledon draw is released on Friday morning at 10am. As always, Moo’s Tennis Blog will be with you every step of the way to cover the most prestigious tennis tournament of the year. The flagship Wimby previews will go up this weekend. I’ll try and get the women’s out on Friday but no promises. Finally I will have some time to really concentrate fully on the blog and I am so excited! Anyway, quick thoughts about the Eastbourne semi-finals and a chance for you to have your say…

In a third career match-up, Caroline Wozniacki and Belinda Bencic will meet in Eastbourne on Friday. Wozniacki scored a double bagel win in Istanbul last year and Bencic won in straight sets in Indian Wells earlier this year… who knows what will happen this time. Bencic has had a superb grass court season and I just hope she hasn’t overdone it before Wimbledon where with the right draw, I could see her making the second week. Bencic came from a set down to beat Johanna Konta on Thursday. Wozniacki played well against Svetlana Kuznetsova and came through a break-happy opening set against Andrea Petkovic before flying through the second set in the quarters. Bencic is a real threat but as i’ve said before, I feel like this is Caro’s title. Also, Caro was passive in their match at Indian Wells (Bencic played a superb match though) and I feel she can really improve from that match. If she is positive and precise, I think Caro takes this. I’m happy either way to be honest. 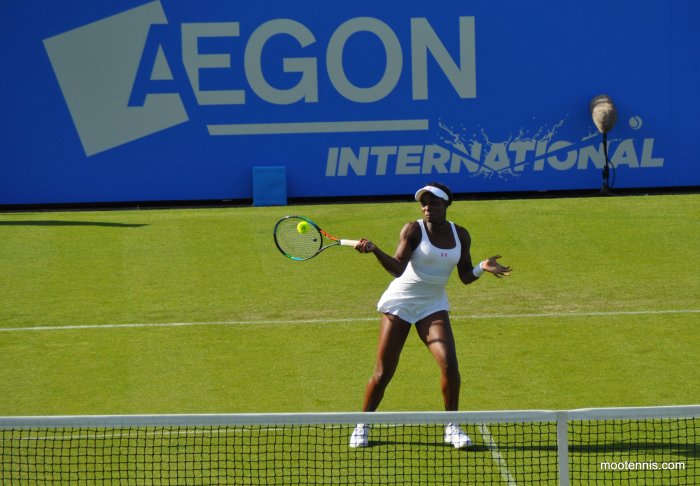 Sloane Stephens got a day off on Thursday as Daria Gavrilova (poor Dasha!) was forced to withdraw due to injury. Her semi-final opponent, Agnieszka Radwanska is enjoying one of her best weeks of the year. She backed up routs over Irina Falconi and Karolina Pliskova with another straight sets win, this time over Tsvetana Pironkova, 6-2 6-2. Pironkova finished with positive stats (27 winners to 19 unforced errors) but Radwanska was superb, posting 24 winners (!) to just 6 unforced errors. It seems things are clicking on the grass, but i’m still slightly wary as that appeared the case in Nottingham where she won three matches and then got third set bagelled by Monica Niculescu. The quality of the competition in Eastbourne though has been far greater than Nottingham and her performances have been much more impressive.

Aga leads the head-to-head over Sloane, 3-0 but two of those matches did go the distance. I’m pro Sloane at the moment and she seems to finally be realising her potential… however, I think the match-up suits Aga. She has lost first round in Eastbourne for three consecutive years, but everything’s different this year! Now that she’s here (the WTA party is over!), she might as well give it her all and go for the title as more wins will likely help to keep building confidence before Wimby. Aga for the win.