The new season is finally here!!! *does a little jig*

It is finally time for my first tournament preview of the 2014 season.  In terms of the womens player field, Brisbane is the most relevant of the Australian Open warm-up events with Serena Williams, Victoria Azarenka and Maria Sharapova all in the 32 player draw.  The mens draw does not have the same depth or quality, but does features Roger Federer.  For the first time this season… lets take a look at the draws 🙂 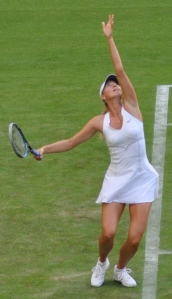 Serena Williams headlines a high quality Brisbane draw and after a bye in round one, will play either Andrea Petkovic or Bethanie Mattek-Sands in the second round.  Her projected quarter-final opponent is Caroline Wozniacki, who is playing her first tournament under the watchful gaze of new coach, Thomas Hogstedt.  Wozniacki takes on Dominika Cibulkova in a potentially tricky opening match; the pair didn’t play each other in 2013 and have played three matches down under in the last five years.  Cibulkova has enjoyed some success against Wozniacki, but I would expect the Dane to prevail.

Maria Sharapova makes her first appearance on the WTA tour since Cincinnati in August.  She has been dealing with right shoulder bursitis and there are question marks around her in 2014.  I am particularly intrigued to see how the serve, which was already one of the most fragile dimensions of her game, holds up.  I think Maria has a favourable draw and she has proven in past years that she is quick starter.  In 2012 she was coming back from an ankle injury and with no warm-up matches, tore through the field in Melbourne to make the final of the Australian Open.  Sharapova’s first match in Brisbane will be against Caroline Garcia and the first seed she could meet is Carla Suarez Navarro in the quarter-finals.

Angelique Kerber and Jelena Jankovic headline the third quarter which is likely to be the most competitive.  Kerber opens against Kristina Mladenovic, meanwhile Jankovic takes on Francesca Schiavone; JJ and Fran have played some fantastic matches in recent years and their last three matches have all gone the distance.  In 2012, they met in Brisbane where Schiavone prevailed in a three setter that was four minutes shy of the three hour mark.  This time round, I believe Jankovic will be much stronger and win in straight sets.  Lurking in this section is last year’s finalist, Anastasia Pavlyuchenkova.  Excluding the top five players, Pavlyuchenkova is a match for anyone on the tour and after meeting a qualifier in round one, will fancy her chances against Kerber, who she beat on her way to the final last year.

The final quarter features Victoria Azarenka and Sabine Lisicki.  Azarenka has a bye in the first round and will have a straightforward opener against Galina Voskoboeva or Casey Dellacqua.  This should allow the Belarusian, who finished 2013 with just one win in her last six matches, to find her range and shake off any early season rust.  Lisicki opens her 2014 campaign against Magdalena Rybarikova.  The Slovak player can be a difficult opponent, but I think Lisicki should progress into round two.  Lisicki would then play Stefanie Voegele or Madison Keys.  A second rounder against Keys would be particularly intriguing with many tipping big things of the young American.  Both hard hitters and huge servers, Lisicki against Keys could be a humdinger.

I am feeling cautious at the beginning of the new tennis season and cannot see anyone other than Serena winning this title.  We could potentially see some big match-ups in week one; however Brisbane has suffered from a spate of retirements and injuries in recent years so we will have to wait and see whether the top three make it to the semi-finals unscathed. 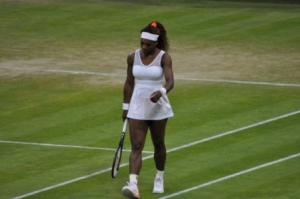 The mens draw lacks the depth of the womens, but will still draw the crowds with star attraction, Roger Federer as the number one seed.  After a bye in the first round, Federer will play home hope, James Duckworth or Jarkko Nieminen.  His projected quarter-final opponent is Dmitry Tursunov, who takes on Sam Querrey in the first round.  It is a very good draw for Federer and a smart move to open his season in Brisbane.  It would be a real surprise if he didn’t at least make the final.

The bottom half of the draw should be more interesting than the top with Kei Nishikori, Grigor Dimitrov and Gilles Simon all present.  Nishikori will face an Aussie in the second round, either Matt Ebden or the promising teenager, Nick Kyrgios.  Nishikori could meet last years finalist, Grigor Dimitrov in the quarter-finals.  Dimitrov, who is now coached by Roger Rasheed, is once again carrying a heavy weight of expectation on his shoulders.  First up for him in Brisbane will be Robin Haase before a potential second round tie with Marin Cilic or Denis Istomin.  I think Dimitrov will meet Cilic in the second round and it will be the winner of that match who makes the final.  Cilic was a fringe top 10 player before last year’s drug ban and his current ranking of 37 doesn’t reflect his quality so expect big movements from him right from week one.

Agree or disagree? I would love to hear your thoughts in the comments section! You can also vote in the poll below on who you think will triumph in the high quality womens draw.  More previews and full predictions coming later today…