Another tennis season is in the books and I think it’s safe to say that this was the strangest one, at least during my existence. Despite the hiatus in the middle of the year, a lot of tennis still happened. We’re kicking off the best of 2020 series on Moo’s Tennis Blog with a new post. I have been deliberating about my selections for the 2020 WTA Player Awards and have written about how I made my choices. Please share your own award picks in the comments post!

WTA Player of the Year

I’m slightly dumbfounded by the WTA’s selection of Aryna Sabalenka in the list of nominees for this award. Sabalenka ended the season in brilliant form with two titles in Ostrava and Linz. This didn’t hide the fact that Sabalenka failed to reach the last 16 at any of the three Slams. I’d love to see Sabalenka carry her end-of-season form into 2021 but I remain unconvinced.

Victoria Azarenka and Iga Swiatek are not contenders in my opinion. Swiatek won the French Open in stunning fashion. The Polish player performed well at all the Slams in 2020, but barely picked up a win in tour level events. Victoria Azarenka is a similar case in terms of peaking towards the end of the year. The Belarusian ended the season in superb form, spearheaded by her Cincy-New York run. However, prior to August, Azarenka didn’t win a match.

Joint second for me are Simona Halep and Naomi Osaka. Halep was the most consistent player on the WTA tour this year and tallied up an impressive 23-3 W-L record. Excluding Adelaide, Halep won all the WTA tour events that she entered! Naomi Osaka only played four tournaments in 2020. I thought Osaka played the best tennis of anyone in 2020 and I can only think of one poor match that she played.

Player of the year is an easy one for me. Sofia Kenin. The 22-year-old won her first Slam at the Australian Open and then reached the final at the French Open. She was the most consistent player at the Slams, one of just two players to reach the last 16 of all three Slams in 2020. Add to that, she also picked up a title on the tour in Lyon. I was very impressed with how Kenin handled the increased expectation post-Australian Open and her resilience after some tough losses. 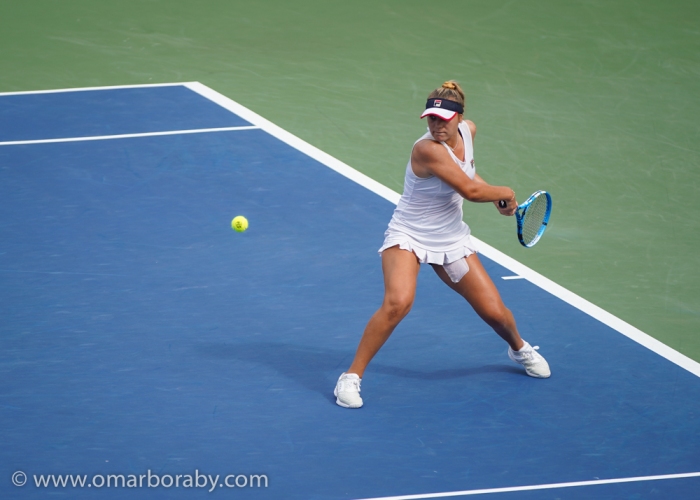 WTA Doubles Team of the Year

Totally ruling with my heart on this pick. Strycova and Hsieh are awesome. I could never allow myself to vote for Mladenovic and Babos 😂.

My vote: Strycova and Hsieh 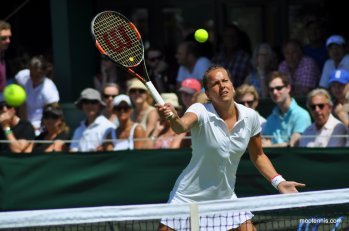 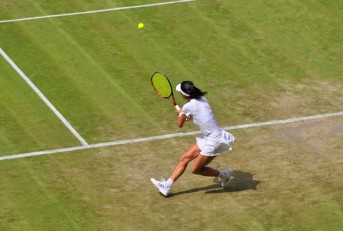 WTA Most Improved Player of the Year

This is the most difficult of the awards to pick a winner for and I think many will judge it differently. For me, most improved tracks closely with consistency and being able to see that upward trend in a player’s results over a period of time. I think Swiatek is probably the obvious winner but i’m having a hard time to validate Swiatek as the most improved in this crop of nominees. Swiatek did well at all the Slams and her French Open run was absolutely breathtaking. However, it was a stand-out result and her only quarter-final of 2020 as she lost early in her other three tournaments on the tour. Similar to Swiatek, i’m missing data points for Fiona Ferro. Ferro has definitely improved in the last few months but it has only been recognised in two tournaments, both post-lockdown, in Palermo and at the French Open.

Elena Rybakina would have been my pick for this award when the tour locked down in March. She was one of the stand-out players at the start of the season as she reached four finals, including winning a title in Hobart. Rybakina reached the final in Strasbourg but otherwise, went off the boil a tad post-lockdown. I haven’t picked Rybakina because she didn’t translate her excellent form to the Slams whereas the other two contenders for this award did.

While Ons Jabeur didn’t make it past the quarters at any of her 10 tournaments in 2020, she found consistency, winning 25 matches on the tour (13 pre-lockdown and 12 post-lockdown). The most impressive aspect of Jabeur’s rise has been her ability to win ugly, toughing out matches that she surely would have lost a couple of years ago. Jabeur reached a first Slam quarter-final at the Australian Open.

Jennifer Brady’s rise was not as impressive as Jabeur in terms of ranking places but felt more pointed in terms of the transformation of her game following a rigorous off-season in 2019 with new charge, Michael Geserer. Brady’s improved stamina and ability to stick in rallies saw her outhit, and on occasions, outlast some of the best players on the tour as she scored some huge wins over the likes of Ash Barty, Elina Svitolina, Garbiñe Muguruza and Angelique Kerber in 2020.

For me there’s something more impressive about watching established players on tour make a commitment and a drive to improve their games so this award came down to Jabeur and Brady who had both demonstrated significant strides forward over the past year to 18 months. I went for Brady in the end because she had the bigger breakthrough at a Slam and won a first WTA title in Lexington. Brady reached the semi-finals of the US Open and was one set from the final in that tremendous match of the year contender against Naomi Osaka. 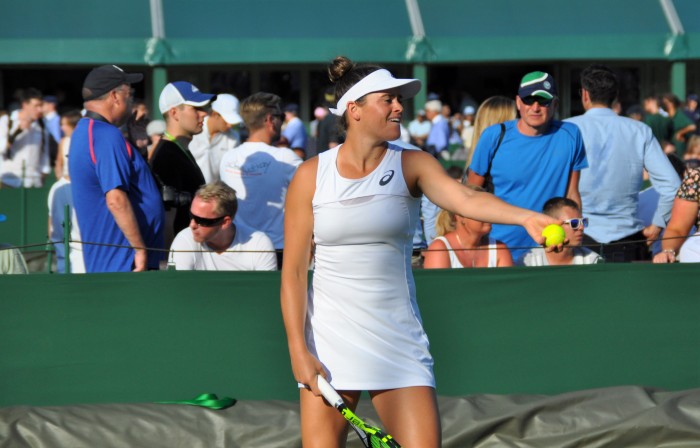 WTA Newcomer of the Year

I first watched Ann Li at this year’s US Open when she thrashed Alison Riske, 6-3 6-0. Even in a third round loss, Li put in a spirited display up against the experience of Angelique Kerber. Li’s two wins at the US Open were her only main draw wins at the WTA level in 2020 so she’s not a contender for this award in my opinion.

Martina Trevisan was a name I was aware of but it wasn’t until her quarter-final run at the French Open that I took note of her story and actually watched her play. Trevisan was so tenacious as she clawed out gutsy wins over Coco Gauff, Maria Sakkari and Kiki Bertens. The French Open result stands alone though in her slate of results in 2020 as she played just one other main draw match at the tour level. Nadia Podoroska had a similar breakthrough to Trevisan at the French Open but went one stage further, reaching the semi-finals. While the result was very surprising, it made more sense in respect of Podoroska’s form during the year on the ITF circuit where she scored two titles.

My pick though is Leylah Fernandez. While she doesn’t have the flashy Slam breakout result of Podoroska, the Canadian player has made more of a consistent impact at the WTA level over the course of the year. Fernandez improved by a round in each of her Slam showings in 2020 and had Petra Kvitova on the ropes for a time in Paris. Fernandez successfully qualified for four main draws at tour level including a run to her first WTA level final in Acapulco where she won six consecutive matches. Fernandez is a firm one to watch in 2021.

Last night was magical! 💫 I’m grateful for all of your support this week. Focused and ready for finals tonight! SEMIFINALS ✅

WTA Comeback of the Year

Both Laura Siegemund and Patricia Maria Tig have had decent years after enduring lengthy spells on the sidelines in the past – Siegemund between May 2017 and March 2018 after tearing her cruciate ligament, and Tig with various injuries and giving her birth to her child which had her off tour between September 2017 and April 2019. Both have been back on tour for a while so I wouldn’t class them as having comebacks in 2020.

For me, it’s a two horse race between Victoria Azarenka and Tsvetana Pironkova. Pironkova was away from the game for over three years as she gave birth to her first child back in in March 2018. Pironkova came back at the US Open where she went on a magical run, reaching the quarter-finals. It’s up there as one of the feel-good stories of tennis in 2020.

But I can’t look past Azarenka. The Belarusian didn’t play a match for over six months between August 2019 and March 2020, citing both injuries and personal issues, and the latter being a constant in the background for many years now. In her first showing post-lockdown, a comprehensive straight sets loss to Venus Williams in Lexington, there was an overwhelming sense from journalists and fans that Azarenka may never return to the top of the game. This made her ensuing resurgence all the more special as she went onto win 18 of her next 22 matches including a title in Cincy and a first Slam final appearance since 2013. Azarenka is one hell of a fighter, both on and off the court, and her comeback to relevance on the tour was both surprising and delightful in equal measures. 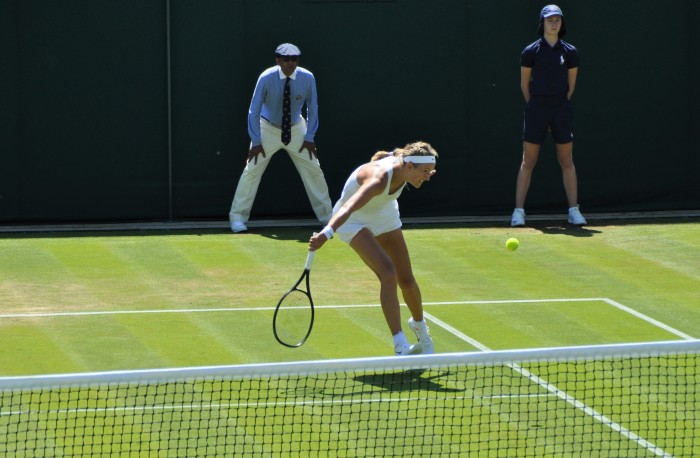