I’ve spent most of December reminiscing about the year and looking through all my photos. It’s been an exciting year for trips and tennis, and I have been lucky enough to visit five tournaments in 2018. Nothing will ever top Australia! In 2019, I’m looking forward to trying out Birmingham again for the first time in a while. Scroll on for my favourite photos from the year…

1. Angelique Kerber in action at the Hopman Cup in Perth. I’ve said it many times before but Angie is my favourite player to photograph! 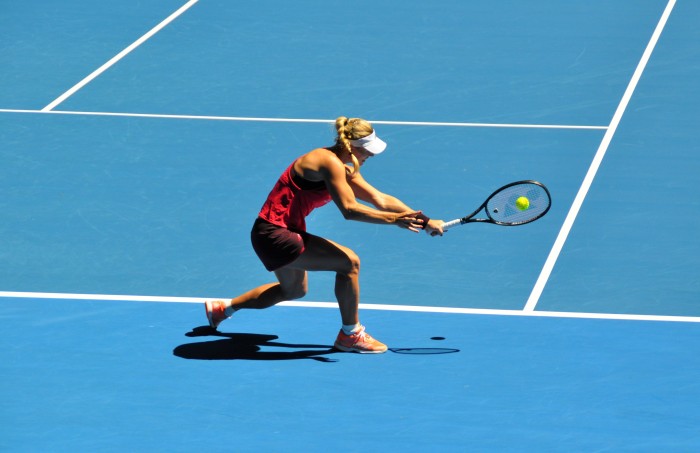 2. I’ve got a soft spot for the Hopman Cup. The Perth Arena is a stunning venue for tennis and the atmosphere was great for this Switzerland vs. USA tie. Gutted that the 2019 edition is set to be the last 😢.

4. Air Ash! Barty hitting a forehand during her first round win at the Sydney International. Ash is one of my favourite players to watch on tour.

5. A nice moment at the net between Zhang Shuai and Sloane Stephens after their first round match at the Australian Open 🤗.

6. Shapovalov vs. Tsitsipas on court 2 at the Australian Open. Both exciting players to watch and photograph. I do occasionally watch ATP… 😂

7. It’s always nice when a player acknowledges one of your photos. Sadly, this will be one of my last ever shots of Lucie 😢. I’m so glad I got to watch her play and win twice at AO 2018. Melbs next year is going to be emotional.

8. Elina Svitolina on the run during her second round win in Melbourne. Elina is another one of my faves to photograph.

9. Loved watching Vesnina vs. Jabeur on the picturesque Court 5 at AO 2018.

10. Caroline Wozniacki celebrates a sensational comeback win over Jana Fett, rallying from 1-5 down in the third set and fending off two match points. This was a thrilling match to watch live!

11. Liked this shot of Garbiñe Muguruza with the ball in the shadow. It was a real treat for our last day at the Australian Open to have seats in the lower bowl of Rod Laver Arena.

13. Anastasia Pavlyuchenkova on the practice courts in Eastbourne. Pleased with this picture considering it was shot through netting!

14. Kristina Mladenovic in the evening sun on court 1 in Eastbourne. The light was absolutely stunning, one of my favourite photos of the year! 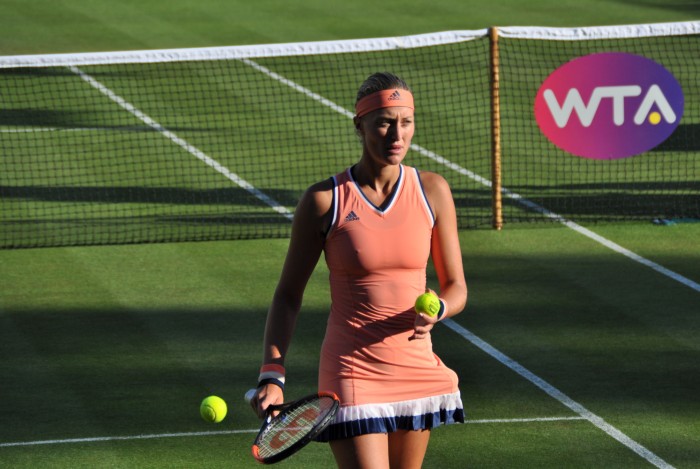 15. Aryna Sabalenka on the practice courts in Eastbourne 😃.

16. Magdalena Rybarikova is a delight to watch and photograph, especially on grass.

17. Daria Kasatkina hitting a tweener on her first match point (she converted on her third) in a three set victory over Alison Van Uytvanck in Eastbourne. My favourite shot of the year!

18. Watching Ostapenko-Buzarnescu from my favourite vantage point in Eastbourne standing behind court 1.

19. Madison Keys on the move forward during her second round win at Wimbledon.

20. And finally, a nice view over the south end of Wimbledon from the Court 12 stand. We were watching Keys-Kumkhum and Vekic-Peterson at the same time! 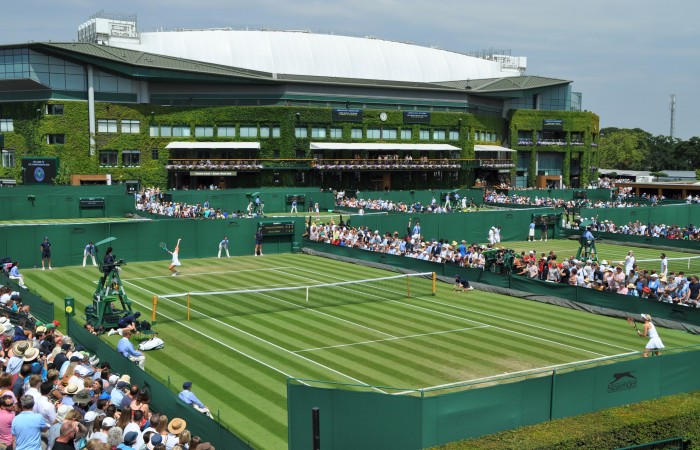