Madrid concluded on Saturday with a brilliant final. The attention now switches to Rome which I have always preferred as a tournament. This is one of my favourite parts of the year in the run-up to Roland Garros and I am hoping to watch a bit more tennis this week. Note all match previews will be on the separate page again this week including match polls. Read on for five stories in Sunday’s Set Points post.

All the adjectives in the world just don’t do justice to Petra Kvitova. It’s easy to take for granted what Petra has achieved in 2018 and I can’t quite fathom in my brain what she’s doing right now. I’m in absolute awe of Petra as a person and a tennis player.  Winning her fourth title of 2018 with a 30th match win and 11th straight victory, Kvitova beat Kiki Bertens, 7-6(6) 4-6 6-3 in a fabulous finale to the Madrid tournament. The third set was brilliant from both players. Powering through visible fatigue with some stunning shotmaking, Kvitova won her third Madrid title.

On Saturday morning I did the Wimbledon tour with Twitter pal, @carnesy56. It was so great to finally meet in person having barely missed each other in Melbourne earlier this year. It was rather surreal to see Wimbledon out of tournament. Just arriving at the train station was bizarre as i’ve never been to Wimbledon before for anything other than the tennis. The walk to the grounds was so quiet although I still get that sense of anticipation and excitement every time heading down Church Road.

Even if you’ve been to Wimbledon before, I would definitely recommend the tour as there’s plenty of new stuff to see. The tour takes about 90 minutes and covers aspects of the grounds that you wouldn’t normally get to see visiting the Championships such as the Millennium Building, the main interview room, BBC studio, views from the roof overlooking Court 18 and plenty of interesting anecdotes from our tour guide. Of course, it ends with a short, sweeping visit to Centre Court. It was strange to see CC without people and with no royal box or scoreboards!

After the tour, we visited the museum. The highlight was the virtual reality experience where you put on a headset for a full 360 experience. It lasts about ten minutes and includes action from the 2016 finals including Serena vs. Angie. Even having to take my glasses off, it was really good! The museum features plenty of past Wimbledon footage, memorabilia, historic outfits and the trophies. The tour and museum together cost £25 which was reasonable. The museum alone at £13 is a little on the pricey side IMO. I bought a cap for £23 in the shop which was very expensive, but i’m intent on doing my Career Slam in caps and will make good use of it. Just the French Open one left to buy! All in all, I would recommend for any Wimby fan and am happy to answer any questions. 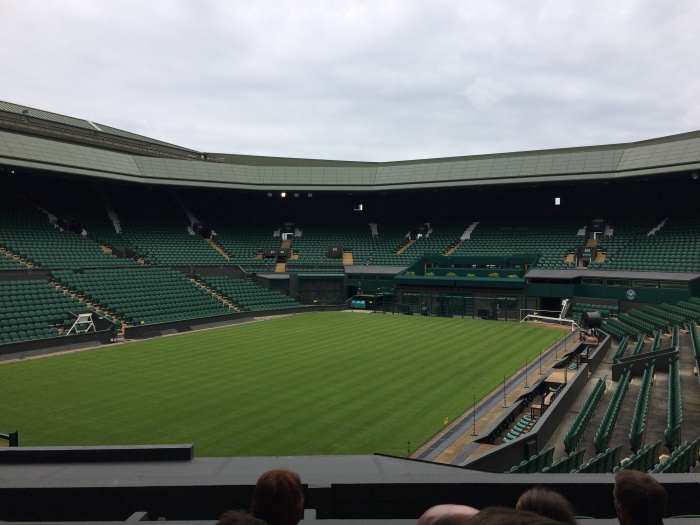 It was interesting to see the new No. 1 court roof taking shape and the new developments in place of the former Court 19 (see picture below). I didn’t get any tickets in my club’s Wimby ballot so it will be just the one visit to the Championships in 2018 for me. My bro was lucky enough to get tickets in the public ballot for the first Wednesday on No.1 Court. 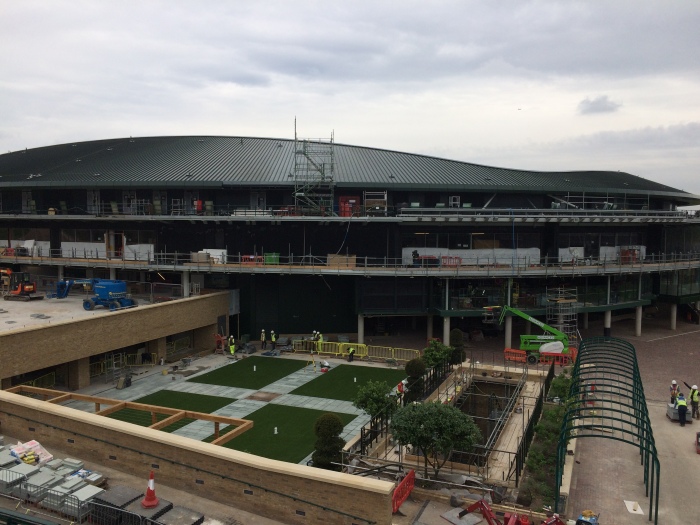 Updates to the Rome main draw

The main draw is all set in Rome with some late withdrawals including Petra Kvitova (expected after that final), Ekaterina Makarova and CiCi Bellis and qualifiers all placed. Main draw action begins on Monday including the star turn of the first round, Osaka vs. Azarenka. I’ll put up some thoughts on Monday’s matches later tonight.

The highlight of the doubles draw will see Venus Williams pair up with Madison Keys! There’s also Kuznetsova and Ka. Pliskova in what is a loaded draw.

Venus Williams partners Madison Keys in Rome doubles tournament.
The last time Venus played doubles not with Serena at a WTA event was 10 years ago when she teamed up with Wozniacki at 2008 Doha.