The top half of the women’s draw will be played on Tuesday with Angelique Kerber opening up proceedings on Centre Court against Irina Falconi. The top half doesn’t quite have the same excitement as the bottom half although it does feature my three favourite players! Read on for my top three matches that i’ll be trying watch on Tuesday… 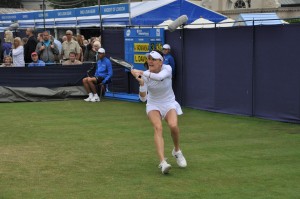 In previous years, Agnieszka Radwanska and Jelena Jankovic playing each other would have been a blockbuster match-up. While still a match-up that holds plenty of intrigue, both players are having dire 2017 seasons when stacked up against their sensational career heights. Radwanska is at #40 in the Race to Singapore and arrives at Wimbledon without a match win on grass. It’s important to note that Radwanska skipped ‘s-Hertogenbosch and Birmingham due to illness. This may have had an impact in an disappointing loss to Lauren Davis in Eastbourne, 6-7(1) 1-6. Crazy stat for Radwanska – since reaching the final of Sydney in the second week of 2017, she hasn’t reached a quarter-final in her last eight tournaments.

Jankovic’s form in 2017 has been even more concerning – JJ has won just five matches on the WTA tour and has only won back-to-back matches once this year at the Australian Open. The Serb arrives at Wimbledon on a four match losing streak and she hasn’t won a set since Rome. Jankovic has had a couple of losses from winning positions, showing nerves and a lack of belief in her game.

Radwanska leads Jankovic, 7-4 in their head-to-head and she has won seven of their last eight encounters. One of the pair’s recent clashes was in the fourth round of Wimbledon where Radwanska won a delightful match full of classic rallies back in 2015, 7-5 6-4. While both have clearly been labouring in 2017, i’d take Radwanska to come through on her favoured surface of grass. 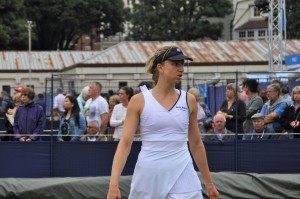 In a first-time match-up, the number 24 seed, CoCo Vandeweghe will open her Wimbledon campaign against the rising, Mona Barthel. Vandeweghe has a few concerns heading into SW19 after injuring her ankle in the quarter-finals of Birmingham against Garbiñe Muguruza. Vandeweghe had delivered a sensational display to beat Johanna Konta in the second round of the Aegon Classic, which still stands as one of the best individual displays i’ve seen so far on grass this year.

Barthel has never had her best results on grass with a 20-23 W-L record on this surface. The German player enjoyed a very positive week in Eastbourne where she qualified for the main draw (recovered from 3-6 1-5 to beat Haddad Maia in the first round) and was two points away from defeating Svetlana Kuznetsova in the second round of the main draw. After two years plagued by injuries and illness, Barthel is thriving being fit and healthy, and has built her confidence up with 31 match wins in 2017 – this is already more than she amassed over the past four seasons and it’s only June!

When the draw came out, I picked Barthel for the win. As time has gone by, i’ve come back around to Vandeweghe because of the way she plays on this surface and how effective her serve is. Even if the American still has an issue with her ankle, i’d guess she will be hell-bent on competing. 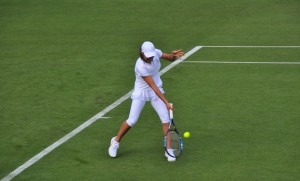 Scanning the field and picking out Tuesday’s hipster match of the day, without doubt it’s this one between Monica Niculescu and Magdalena Rybarikova! Niculescu beat Mirjana Lucic-Baroni in the first round of Eastbourne, saving a match point in a wild encounter where she had previously failed to serve out the match in the second set. It was a monumental win for Niculescu because it snapped a seven match losing streak stretching all the way back to Indian Wells.

Rybarikova made her comeback in February after surgeries on her wrist and knee. The Slovak player has made a fantastic return to the tour, winning 30 of 35 matches, winning two titles on grass in Surbiton ($100k) and Ilkley ($100k), and reaching the semi-finals of the WTA International tournament in Nottingham. By virtue of her runs so far this year, she is already back into the world’s top 100 at #85.

Niculescu leads Rybarikova, 4-1 in their head-to-head including two wins at Wimbledon in back-to-back years in 2007 (7-5 6-1) and 2008 (1-6 6-3 6-4). These encounters are a little too distant in time to take into account now. Rybarikova has surprisingly, always struggled to replicate her grass court form from the warm-up tournaments to Wimbledon. In one of the more curious stats, Rybarikova has suffered eight first round exits at Wimbledon with her lone wins coming in 2015. Aside from the head-to-head, all the form points to Rybarikova. Something is telling me though that Niculescu’s dominance in the head-to-head and her own preference to grass will give her a shot in this one.