Saturday was finals day at the 2017 Aegon International and the end of a great week in Eastbourne. The women’s final was first up on Centre Court at 12:15pm between the number three and six seeds, Karolina Pliskova and Caroline Wozniacki. Pliskova prevailed, 6-4 6-4 in a high quality finale.

Pliskova played a stunning first set, breaking at 2-2 with a series of heavy, deep groundstrokes and finished off with a return winner. Pliskova was lethal on her serve and dropped just one point in her final three service games. She served out to love with an ace and three volley winners – very impressive!

Wozniacki kept in touch early on in the second set and was actually serving extremely well herself. The crucial game of the set came with Pliskova serving at *2-3. For the first time in the match, Wozniacki challenged Pliskova on serve but she was unable to convert on four break points. Three of them were saved in style by Pliskova, but one was a beaming opportunity for Wozniacki who sent a groundstroke long.

Pliskova held to 3-3 and then made her breakthrough at 4-4 – Wozniacki quickly went down *0-40 with two misses and a tame shot into the net. The Dane saved two of them but couldn’t save the third as Pliskova produced a magnificent forehand winner down-the-line to break. On her third match point, Pliskova sealed the win and her ninth WTA title.

What a forehand down the line from @KaPliskova! 👏

Wozniacki was first into press and seemed content despite this being her fourth final loss of the year. She was asked about the game in the second set where she missed break points. Wozniacki seemed happy with her approach in that she went after it.

I’ve wanted to ask Caroline a question in her past two press conferences but chickened out. I finally got one in today on my last day :-). I asked Caroline about what aspects of her game she was happy with.

Then it was the turn of the champion! 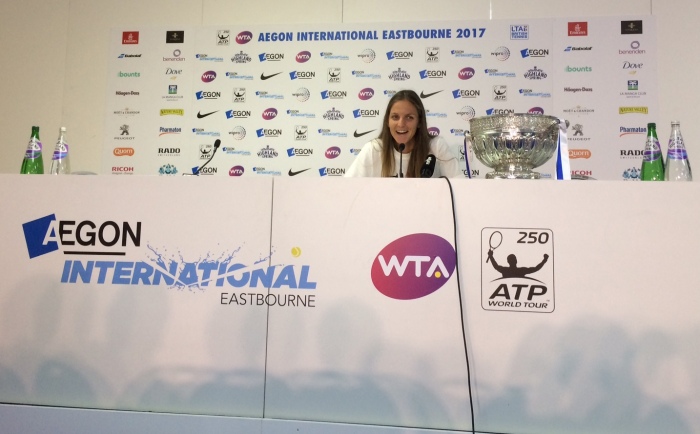 Pliskova’s first question was about the trophy!

It was my first ever Pliskova press conference and I loved her honesty in her assessment of the final.

I wanted to see the women’s doubles final between Casey Dellacqua and Ash Barty, and Martina Hingis and Chan Yung-Jan, but home is calling! Southern Trains are up the creek again so I couldn’t stay late.

And that’s a wrap for Eastbourne. This has been a surreal week and i’ve had such a great time! My highlights have included watching Timea and Sveta in doubles battling the pigeons and getting a message from Timea on Twitter! Also, asking questions in press and getting a smile with one to Simona! And finally, best of all, getting to meet and talk to so many people here in Eastbourne.

I hope you’ve enjoyed all my posts and photos from Eastbourne – if you missed out on any, you can catch up with them HERE. As i’ve been in Eastbourne all week this year, i’m obviously behind on my Wimbledon posts! The focus on Wimby will start tonight and previews will start to pop up on Sunday.

Goodbye, Eastbourne. See you next year! 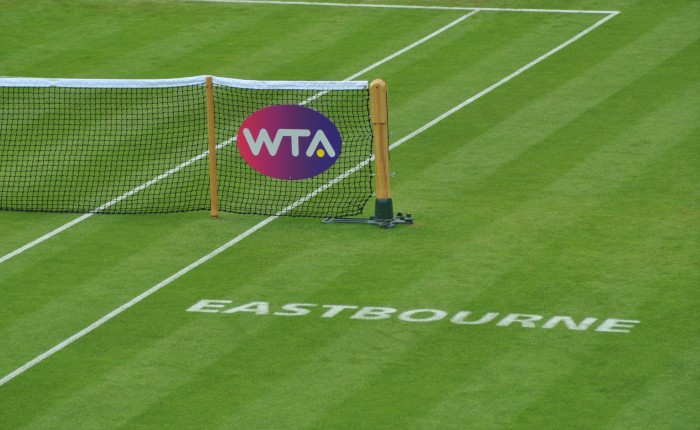