Since Centre Court was not streamed today, I made it my mission to track the first round match between Caroline Wozniacki and Alizé Cornet… a definite must watch! In the end, Wozniacki prevailed, 6-1 6-3 in one hour and 20 minutes. The first set was a damp squib, but there were some decent rallies in the second set.

I took my seat on Centre Court (which was all unreserved today so you had any choice of seat). The steward kept stopping people from sitting in the three seats in front of me. It turned out it was for Wozniacki’s team but when they arrived they didn’t seem to like the seats so ended up sitting courtside… perhaps they saw my face? Cornet came out with strapping on her right thigh, which a lot of players have been sporting over the past week. I think this is the classic clay to grass injury with the need to adjust to the low bounce on grass.

Wozniacki started well, racing into a 4-0 double break lead. Cornet was tetchy in her first service game, demanding the balls from a specific side from the ballkids. She promptly gave up her serve in her first service game with some errant play and then the second service game with a tame drop shot into the net on break point. Wozniacki though was very solid and barely made an unforced error in the first set. Cornet got on the board at 1-4 in a hard fought game but Wozniacki maintained the momentum and sealed the opening set by virtue of a Cornet double fault.

There were definitely signs that Cornet was bothered by the thigh injury as she did occasionally limp around the court. She was also stretching out her shoulder at one point. But then again, it’s Alizé! Wozniacki didn’t look totally assured in her movement and I got the feeling she was still protecting the ankle injury that ruled her out of the clay court season. This is understandable, but she was striking the ball well and playing reasonably aggressive tennis. 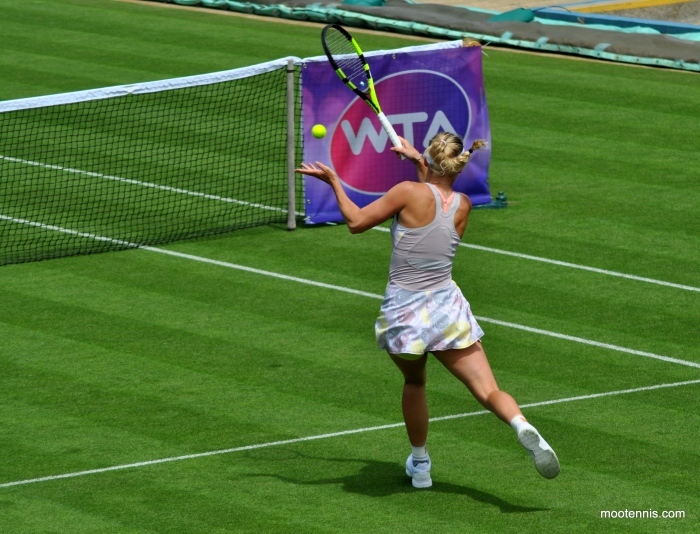 Cornet started to come back in the second set, keeping the ball in court more (!) and playing a gutsy service game to hold to 1-1; she saved three break points and hit one neat volley on one of them. At 2-2, the pair played the best game of the match. Cornet finally worked up her first break point thanks to a first successful drop shot. Wozniacki swiped away the danger with a forehand down-the-line. It wasn’t her only forehand winner as she hit another sweet winner in the first set off this side. The game swung between game points for Wozniacki and break points for Cornet, but eventually it was the Frenchwoman who got the break, setting up the vital break point with another delicate drop shot winner. 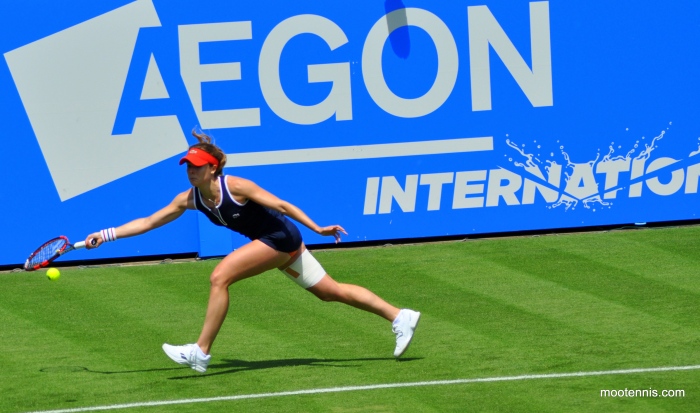 Cornet was starting to dictate more and play more aggressively (importantly with precision) while Wozniacki’s game came down a level or two with a few more errors. However, the turning point of the match was Cornet being unable to consolidate the break, despite having a game point. Wozniacki broke back (with her first kaman!) and then quickly held as Cornet resorted back to her first set level. The Frenchwoman played a poor game to get broken at 3-4 in the second set, chucking in two double faults and an error into the net. 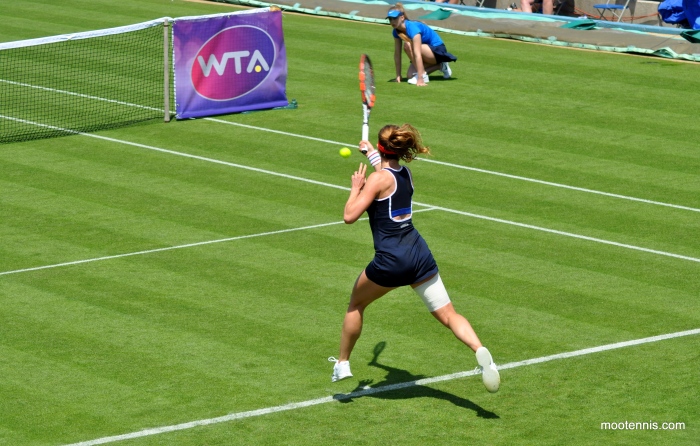 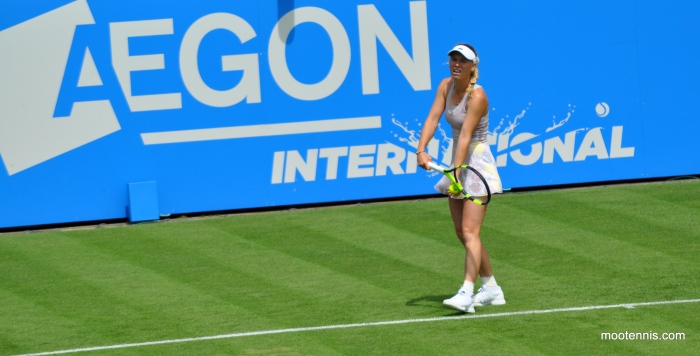 This set up the opportunity for Wozniacki to serve it out and despite getting into a hole at *15-30 with  a double fault of her own in there, the Dane finished off the match. I think this is pretty notable despite Cornet’s disappointing performance because Wozniacki has struggled to close out matches of late. I was also impressed with how Wozniacki was throwing in some slices and on more than one occasion, it drew the error from Cornet. All in all, a positive first outing for Caroline in Eastbourne. 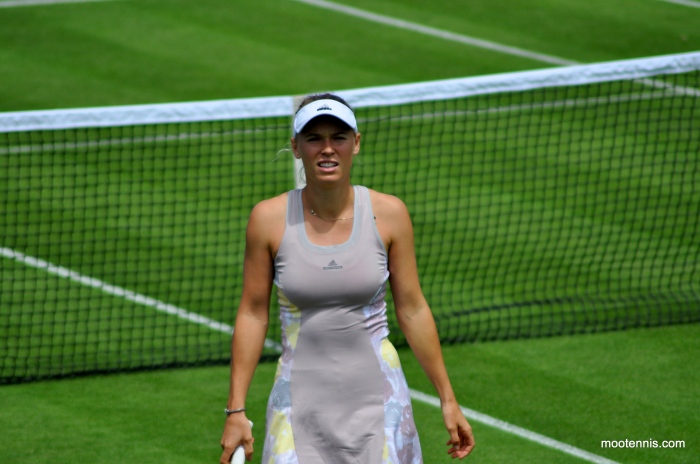 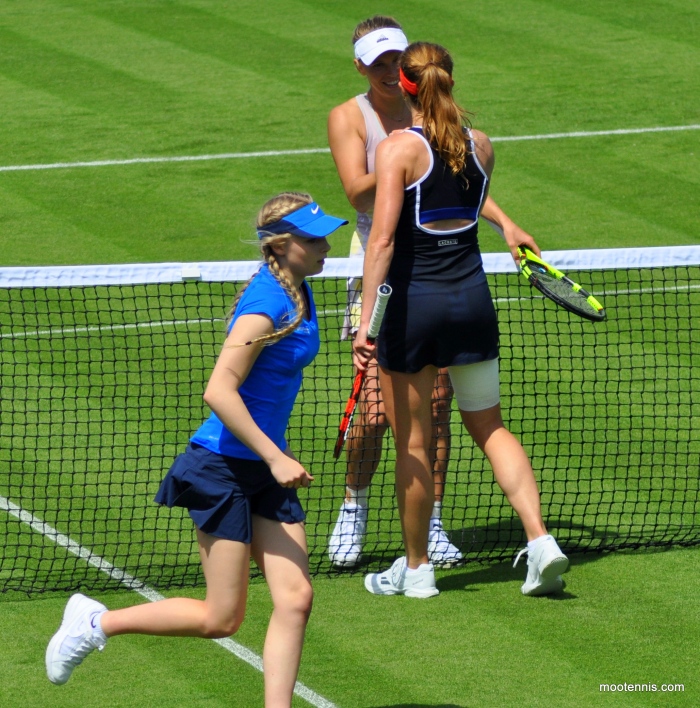 Wozniacki is due on court again on Monday where she is set to play Sam Stosur. Wozniacki leads the head-to-head, 5-4 and the pair will be playing for the fourth (!) time in Eastbourne. I’ve seen Stosur practising a lot but i’m really on the fence with this one. In my draw challenge I went for Stosur, but after this performance, i’m definitely more positive towards Wozniacki.

One thought on “Aegon International, Eastbourne 2016: Recap and Photos from Wozniacki v Cornet”