This post previews two of the first round matches set for Thursday’s order of play at the BNP Paribas Open in Indian Wells with Denisa Allertova v Petra Cetkovska and Julia Goerges v Camia Giorgi. Indian Wells is always a strange one as it starts slowly with the seeds coming out to play from Friday. In case you missed it, you can read a preview of the full main draw on mootennis.com HERE. 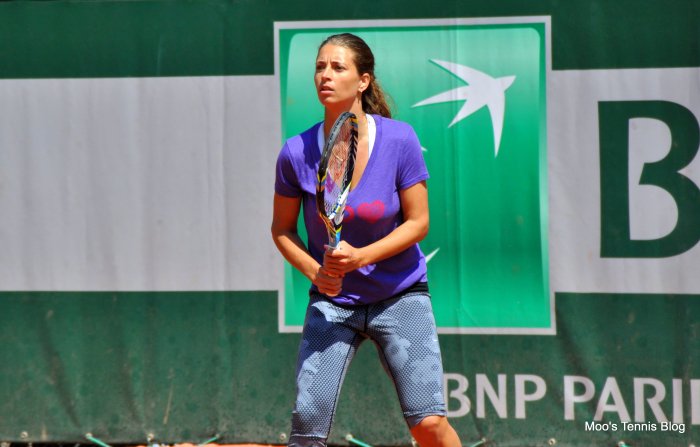 An all-Czech first round battle between Denisa Allertova and Petra Cetkovska will take place on Thursday in Indian Wells with the winner set to play Australian Open champion and number two seed, Angelique Kerber in the second round.

Allertova has been progressing steadily on the WTA tour over the past few years. She first announced herself at the end of 2014 when she reached the semi-finals of Luxembourg as a qualifier. Allertova had won seven ITF titles that year but it did come out of nowhere in the sense that it was Allertova’s first ever appearance in a WTA main draw. Allertova committed to playing WTA events in 2015 and did a reasonable job, compiling a 15-11 W-L record in main draws; the highlight was a final appearance in Guangzhou where she beat Simona Halep and Sara Errani back-to-back, and secured another top ten win over Carla Suárez Navarro at the US Open.

Allertova has made a decent start to 2016, reaching the third round of the Australian Open and enjoying a super win over Elina Svitolina in Doha. Allertova’s game reminds me a little of Kvitova… she can hitttt the ball. In the matches that I have watched of her, she seems to be quite stable mentally.

Injuries have continued to dominate Cetkovska’s career; just scrolling through her “Career in review” on her WTA profile is a sad sight with the heavy presence of injuries in every year back to 2011. Her peak came back in 2012 when she cracked the top 30. Even last year, Cetkovska’s talent shone through when everything fell into place for her at the US Open, beating Caroline Wozniacki in the second round with a majestic performance of all-court tennis. However, she has been unable to replicate that performance with injuries, injuries and INJURIES continuing to thwart her.

Cetkovska’s only appearance of 2016 so far was a 4-6 4-6 loss to Sabine Lisicki at the Australian Open where she was sporting plenty of strapping. It’s such a shame because Cetkovska has such a complete game.

Interesting stat: My favourite Cetkovska stat is that she has a 4-0 head-to-head record against Radwanska. Also, Cetkovska got the closest of anyone to Flavia Pennetta in her title run at the US Open last year.

Final thoughts: A fit and healthy Cetkovska would likely produce a very competitive and closely-fought match. However, considering she has been skipping tournaments left, right and centre, i’d have to go for Allertova in this one. Whoever does come through though is likely to provide a significant test for Kerber in the second round. When Allertova and Cetkovska are on, they are ON.

BOOM… get set for some gigantic hitting when Camila Giorgi and Julia Goerges play in Indian Wells. The line-up of first round matches isn’t particularly engaging, but this is certainly one of the more inspiring on paper.

Goerges has had the better year so far, spearheaded by a run to the final in Auckland. She also produced one of the best performances of the year, smashing 28 winners past Svetlana Kuznetsova in a glorious 6-0 6-1, 54-minute win in Dubai. However, just to demonstrate the unpredictable nature of the WTA is and that every match is different, Goerges lost to Kuznetsova the week after in Doha. Goerges made a big call and changed her coaching team towards the end of 2015. The win over Kuznetsova in Dubai made everyone sit up, but the results immediately after show that the German player still has to work on consistency and mental application.

Giorgi has won just three matches this year, two of those coming in a quarter-final appearance in Hobart. The Italian player drew the short straw in Melbourne, getting Serena Williams in the first round, although she did put up a more-than-respectable showing. Giorgi’s last match was in Dubai where was she was comfortably defeated by Andrea Petkovic, 2-6 1-6. It was one of those days for Giorgi where nothing was going in and with the nature of her all-or-nothing game, it’s going to happen from time-to-time.

Final thoughts: This match-up has favoured Giorgi in the past because she plays so quick, giving Goerges little time to set up on her strokes. However, their two previous matches were on a fast indoor court. Indian Wells has odd court conditions and I can’t really describe them… it’s definitely slow and the ball kicks up. Based on their games and recent form, i’d go for a lopsided three setter with Giorgi grabbing a much-needed win.