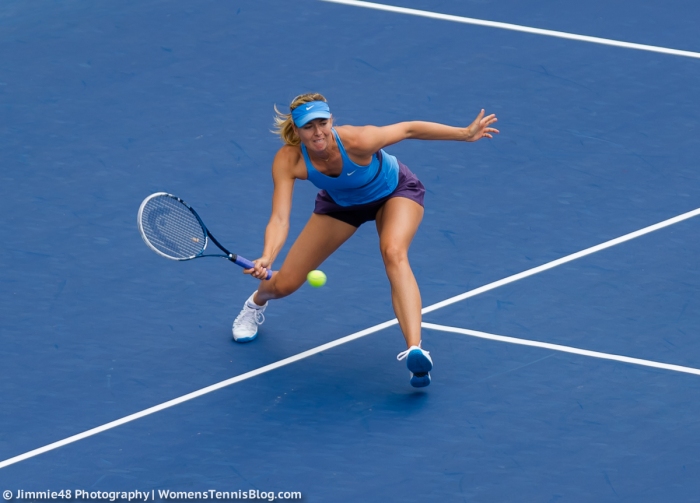 A rematch of last year’s superb Australian Open final will be the headline act of Tuesday’s schedule with the world number one, Serena Williams going up against the world number five, Maria Sharapova. Serena has looked in truly dazzling form; her last two rounds have seen her take out promising Russian players in under an hour; firstly Daria Kasatkina, 6-1 6-1 and then on Sunday, Margarita Gasparyan, 6-2 6-1. Based on the scoreline, Serena’s toughest match came in the first round against Camila Giorgi. It’s been somewhat of a surprise to me because she did struggle and throw in a couple of shockers last year on her Grand Slam runs. This year, she has looked sharp, focused and frankly, unstoppable.

Sharapova had lost at the fourth round stage at four of her last seven Grand Slams; she didn’t suffer the same fate on Sunday as she edged past Belinda Bencic, 7-5 7-5. Bencic spoke in press about how well Sharapova was serving and this was one of the factors that helped Sharapova open up their head-to-head with a win. While her first serve percentage was low at 45%, she won 33 out of 39 points behind it and hit 21 aces. Considering she came into Melbourne having played no warm-up tournaments, it’s been an excellent week so far for Sharapova.

Big smile for a big win: @MariaSharapova during her post-match interview after beating Bencic pic.twitter.com/OBemImHnhx

Everything was on the line for Maria Sharapova #AusOpen Watch more https://t.co/Ek545Zh2D9 https://t.co/tHeZF18YUM

.@serenawilliams in action at the #AusOpen on Sunday pic.twitter.com/oEIbrOiz17

Head-to-head record: Serena leads Maria in the head-to-head, 18-2. Sharapova has not beaten the world number once since 2004. Their only two meetings in 2015 both came at the Slams; while their semi-final at Wimbledon was a drab affair, Sharapova did put up a decent fight in last year’s Australian Open final. Serena won, 6-3 7-6(5) but it was a high quality contest and one of my favourite WTA matches of the year.

Analysis: Every year there’s a slight sense of renewed optimism that may-be, just may-be, that Sharapova can finally bag a win over Serena. This was definitely the case last year when Serena was under the weather. However, the American player always gets up for these matches. For Sharapova to stand a chance, she MUST serve well. Against Bencic she produced 21 aces although her first serve percentage was low and this just will not get the job done with Serena on the other side of the net. I hope Sharapova can do it one day but I don’t think i’ll ever be predicting it until it becomes an eventuality… Serena for the win.