Third round action kicks off on Friday at the 2016 Australian Open with the top half of the women’s draw. Serena Williams, Maria Sharapova, Agnieszka Radwanska and Belinda Bencic are all on the schedule; a preview of Serena’s match against Daria Kasatkina can be read HERE. This post covers two fascinating matches featuring four players 22 and under… 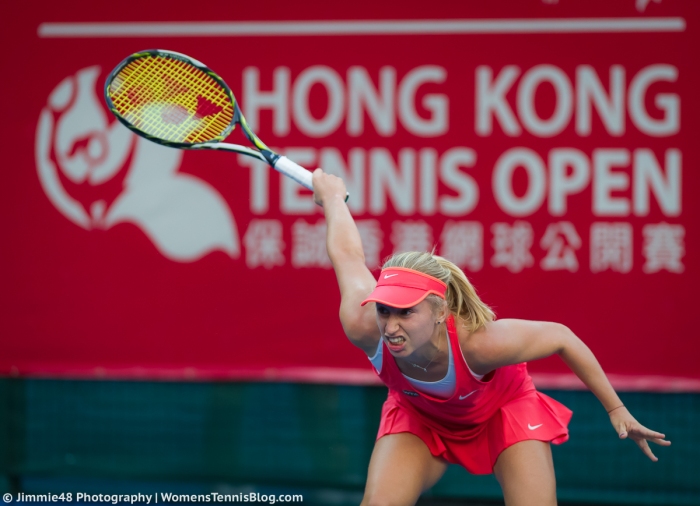 I loveeee the sound of this match-up… Kristina Mladenovic will play Daria Gavrilova, who followed through on the much-anticipated upset of the number six seed, Petra Kvitova. The Czech player produced a showering of unforced errors and faltered both times serving at *4-5. While Gavrilova was certainly shaky in trying to close out the match, it never really looked like Kvitova was getting back into this one. I was sad for Petra, but equally happy for Dasha.

In a sense, it felt like Mladenovic caused an upset in the first round despite being the seed. The Frenchwoman secured a first win in six meetings against former AO finalist, Dominika Cibulkova, winning rather comfortably, 6-3 6-4. Mladenovic enjoyed another straight sets win in the second round, beating the qualifier, Nicole Gibbs, 6-1 7-6(4). Gibbs has started the season in great form and i’m looking forward to watching more of her in 2016 having been impressed with her performances in Stanford last year and also by her attitude in a couple of off-season Twitter posts. Despite starting the season with two straight sets losses, Mladenovic has turned it around when it really matters to live up to her seeding.

That winning feeling… @Daria_gav will go head to head with no.28 seed Kristina Mladenovic in 3R. #ausopen pic.twitter.com/Bvywj8BTan

Head-to-head record: The pair haven’t played on the WTA tour although they did contest a juniors final in 2009 at Roland Garros where Mladenovic won, 6-3 6-2.

Analysis: Ohhhh I don’t know… Mladenovic has the weapons and served exceptionally well through her first two matches; against Gibbs, she was broken just once and won 85% of first serve points. However, there’s something about Gavrilova and the way she scraps through matches and really believes that she belongs. I still remember how she somehow came back from match point down to win against Camila Giorgi in Eastbourne last year despite being thoroughly outplayed for much of it. Gavrilova will have the home crowd and I think she is the type of player that really thrives and drives off from this. Honestly on the fence… i’m gonna go for Dasha. 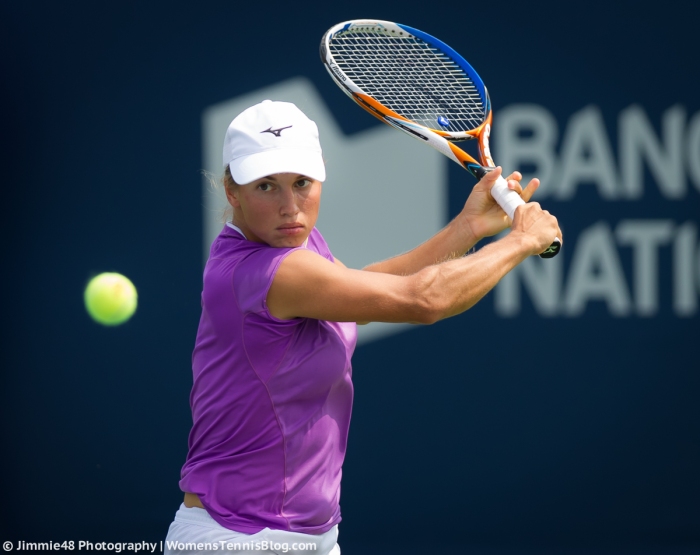 Another dreamy match-up… two players who have yet to go mainstream but have a significant cult following amongst WTA fans, Yulia Putintseva and Margarita Gasparyan, will play each other in a sure-to-be flashy third rounder. Both players scored big upsets in the first round and backed them up in the second round. Putintseva recovered from a 1-6 2-4 deficit to take out the number 16 seed, Caroline Wozniacki, 1-6 7-6(3) 6-4. She followed it up with a comfortable 6-3 6-1 win over Xinyun Han in the second round. Gasparyan rebounded from a 1-6 first set against the number 17 seed, Sara Errani, to come through for her first Grand Slam main draw win, 1-6 7-5 6-1. In the second round, Gasparyan beat Kurumi Nara, 6-4 6-4.

It’s been a great week for the young Russians so far, and @OFC_MGasparyan is one of them… pic.twitter.com/ARX6RIEIRB

Head-to-head record: In their only previous match, Gasparyan beat Putintseva, 6-3 6-2 in Astana in 2014.

Interesting stat: Both players will be contesting their first ever third round match at a Grand Slam; therefore, the victor will reach the second week of a Grand Slam for the very first time.

Analysis: I don’t have much analysis here… i’m on the fence again! Both have such watchable games; Putintseva has bucket loads of variety and is such a feisty character although she can lose her way with errors, much like how she began the match against Wozniacki. Gasparyan has the one-handed backhand and can play some peak tennis at times (second set vs. Makarova in Brisbane), though often not sustained. I’ll go for Gasparyan but it really is a 50-50 match to me.