This is the first of four preview posts focusing on first round women’s matches at the US Open which will all be played on Monday and Tuesday. As always, don’t be shy in sharing your opinion! For further coverage of the tournament, check out the Moo’s Tennis Blog Facebook and Twitter pages… please like and follow 🙂

The first quarter of the women’s draw features nine American players and two all-American clashes. This includes an intriguing first round encounter between Sloane Stephens and CoCo Vandeweghe. After an excellent US Open Series which saw her win her first WTA title in Washington and reach the third round of Cincy, Stephens grabbed one of the last seeding positions in the draw. Vandeweghe, ranked at world number 43, is a pretty tough draw for the first round.

Vandeweghe’s form since Wimbledon has been disappointing with just one victory in Cincy against none other than Yulia Putintseva. However, if she can get that big serve going, she can be a very dangerous opponent. Vandeweghe leads the head-to-head, 2-1, winning their first two matches in WTA qualifying events back in 2010 and 2012. Stephens won their most recent encounter during the European clay court season in Strasbourg. I’d fancy Vandeweghe to provide a stern challenge and grab a set, but Stephens’s consistency and dynamicity to help her pull out of the win. 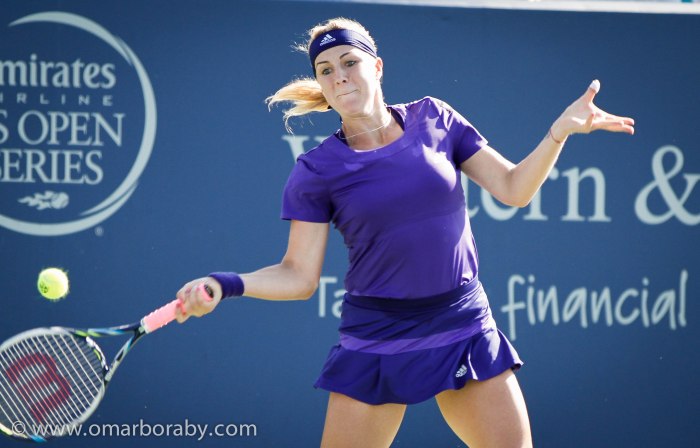 As head-to-heads go, Anastasia Pavlyuchenkova and Magdalena Rybarikova have a rather dazzling one with all four of their previous matches producing different results. The pair played in Washington a couple of weeks ago where Pavs prevailed in two tiebreak sets. It was in sharp contrast to their encounter before that which also took place in Washington where Rybarikova dropped just two games en route to a 6-1 6-1 victory.

When she’s on song, Pavlyuchenkova has a beautifully clean game. However, her consistency, focus and an erratic serve have always held her back. Pavs has consolidated herself as a regular in the top 30 for a couple of years but dropped out earlier this year. While her year on the whole has been miserable, there have been more promising signs in recent weeks. In her last three tournaments, Pavs has made semi-finals (Baku), final (Washington) and quarter-finals (Cincy), and is back up to number 31 in the rankings. Pavs is one of those players I always predict wrong because she has the tendency to lose to pretty much anyone…

Rybarikova is my tennis crush right now and I always enjoy watching her play, particularly on the grass. She played some delightful tennis in a second round loss in New Haven to Caroline Garcia. In that match, Rybarikova continually mixed up the play and made some wonderful advances into the net. However, she was unable to take advantage of a rare lead in the first set tiebreak, not seizing the day and playing tentatively from the baseline.

Tied at 2-2 in their head-to-head, each match between Pavs and Rybarikova has produced a different winner and scoreline. Rybarikova has only won one singles match at the US Open in the last five years, while Pavs has done well here before, reaching the quarter-finals back in 2011. This is a very dangerous thing to utter but I think Pavs could have a decent run here. There we go, I’ve cursed it! Anyway, i’m going for Pavs but always wary…