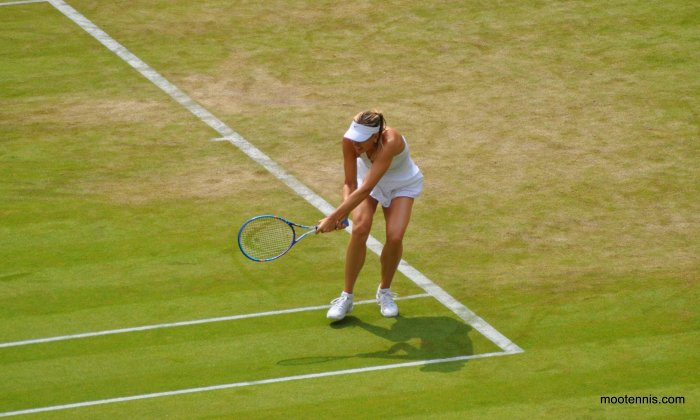 Another week and another Premier 5 tournament is set to start in Cincinnati on Monday. The draw is even stronger than that of Toronto with the return of Maria Sharapova, Madison Keys and Camila Giorgi. Once again, Serena Williams tops the draw in Mason, Ohio and comes into the tournament having reached the semi-finals in Toronto where she lost to Belinda Bencic. I’ll be surprised if she’s fully engaged in Cincy as the US Open looms on the horizon. I’d fancy the world number one to play a couple of matches but having already played four matches in Canada, I don’t think winning the tournament will be a high priority. We’ve seen Serena pull out of three tournaments this year at Indian Wells (semi-final stage), Rome (third round stage) and Bastad (second round stage) and it shouldn’t come as a surprise if it does happen here too.

If Serena takes to the court, her first match of the week will be against Tsvetana Pironkova or a qualifier. If she progresses to the third round she is seeded to meet Sara Errani. The Toronto semi-finalist opens up against the feisty Daria Gavrilova; the lower ranked player prevailed when the pair played in Eastbourne two months ago. This first quarter also features Venus Williams, Ana Ivanovic, Carla  and Sloane Stephens. If Venus can snap a three match losing streak on tour against Zarina Diyas in the first round, the American will play Ivanovic in an exciting second rounder. CSN is also in the midsts of a losing streak having not won since Birmingham; in a three setter that spanned across two days due to the rain, CSN lost out to Alizé Cornet, 6-3 6-7(2) 6-4 in Toronto. The Spaniard has drawn another stinker against the in-form, Stephens who won her first WTA title in DC. While she lost first round in Toronto to Dominika Cibulkova, this could be a favourable draw for Stephens who defeated Suárez Navarro at Eastbourne. While it was on Suárez Navarro’s weakest surface, she’ll need to rediscover her form quickly to take out Stephens.

The second quarter features Petra Kvitova and Lucie Safarova. Petra revealed in Toronto that she had been diagnosed with Mononucleosis since Wimbledon. It’s a surprise to me that she is playing but she has been given the all-clear by the doctors. In her first match since Wimbledon, a tough one, she lost against Victoria Azarenka in straight sets. Her first match in Cincy will be against Caroline Garcia or Sabine Lisicki who will meet in what is sure to be a wild first rounder. It’ll be a ‘one match at a time’ focus for Petra and any wins will be a good result. Elina Svitolina is the other seed in Petra’s mini-quarter and I like her draw here. Eugenie Bouchard is lurking and will play a qualifier in the first round. Svitolina will first need to get past Alison Riske who she beat in Stanford two weeks ago but only just after the American had served for the match in the second set before succumbing to a 4-6 7-5 6-1 loss.

Safarova lost her first match in Toronto to Daria Gavrilova having served for it in the second set and coming within two points of victory. It was a tough loss for Lucie who struggled with the wind and a determined opponent. She looked nervy later on and couldn’t play her game, often resorting to just keeping the ball in court as opposed to being aggressive and dictating play. Her first match will be against CoCo Vandeweghe, her conqueror at Wimbledon, or a qualifier, and she is seeded to meet Angelique Kerber in the third round. The champion at four Premier events this year on four different surfaces, Kerber, gave it her best shot in Toronto but ran out of gas despite putting up an admirable fight in a brilliant third round match against Simona Halep. In the stand-out picks of the Cincy first round, Kerber will face the Toronto champion, Belinda Bencic. I’m bummed that Safarova, Kerber and Bencic are all in the same section!

Caroline Wozniacki is not having the most jolly of times right now and the draw gods decided to be generally unpleasant. For the third time this year, she could meet Victoria Azarenka, assuming the Belarusian gets out of her first rounder. Azarenka was widely tipped to go deep in Toronto after making a promising start with wins over Svitolina and Kvitova. She lost in the next round to Errani; I agree with some of the commenters here on Moo’s Tennis Blog that suggested she may have underestimated the Italian having approached that match with a 7-1 head-to-head lead. It was a bad day at the office but I think Azarenka will learn from that loss.

Wozniacki’s half also features Simona Halep, Garbiñe Muguruza and Andrea Petkovic. Halep’s not been the best at playing back-to-back tournaments although she did quash that a little playing well at Indian Wells and Miami. However, it seems very unlikely that she will play in Cincy after she was clearly hampered in the Toronto final where she was forced to retire in the third set. If Halep does take to the court she will play either Kristina Mladenovic or Daniela Hantuchova; Mladenovic beat Halep in Birmingham and that would be a tricky opener. I’m intrigued to see more of Petkovic who could sweep up with this draw.

The final quarter could yield yet another match that was on my ‘desperate to watch’ list with Maria Sharapova and Karolina Pliskova seeded to meet in the quarters. Sharapova skipped Toronto due to a leg strain and will want to get some matches before the US Open. She will play Barbora Strycova or Varvara Lepchenko in the second round. Sharapova is seeded to meet Agnieszka Radwanska in the third round who she has had some tough matches against. Pliskova’s section is fun with the likes of Timea Bacsinszky, Madison Keys, Jelena Jankovic and Karolina Pliskova. Keys-Bacsinszky is a fascinating first rounder, as is the presence of JJ (naturally) who always does well in Cincy. I’m super intrigued to see which player comes out of this section. I’d love to see Pliskova v Sharapova but i’ve got a feeling it won’t happen (put your bets on it happening then hahaha).