Saturday has been all about the bagels.  Carla Suarez Navarro, Ekaterina Makarova, Tatjana Maria, Andrea Petkovic and Daria Gavrilova all won 6-0 first sets and prevailed in straight sets.  The big upset in there was Maria’s 6-0 7-6(4) victory over Eugenie Bouchard.  After a solid showing in Melbourne, Bouchard has suffered two disappointing losses in Indian Wells and Miami.  However, some of the tweets I read suggesting that Bouchard is slumping are hilarious.  Two bad losses does not constitute as slumping in my opinion.  Makarova and Suarez Navarro both won with identical 6-0 6-4 scorelines to reach the last 16; Carla is having a tremendous year and the clay court season is just around the corner.  I have a frenzy of previews planned for Sunday and Monday so stay tuned! 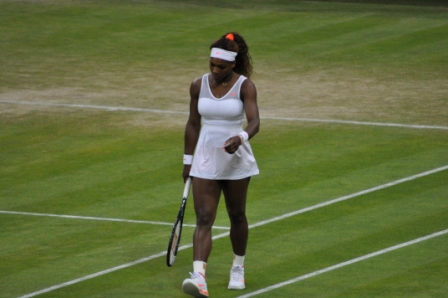 Miami always dishes out wildcards to up-and-coming players on tour and once again, it has really paid off.  15-year-old, Cici Bellis reached the third round of Miami after trouncing the number 29 seed, Zarina Diyas, 6-2 6-1.  Bellis made a name for herself last year when she beat Dominika Cibulkova at the US Open.  The hype surrounding her has been heavy and it’s only going to increase after this week.  Bellis lost in the second round of the US Open to Diyas in three sets so this was a pretty notable result.  Stepping away from the WTA tour, Bellis’s results on the ITF tour have been impressive.  She won an $25K ITF in Rancho Santa Fe last month and enjoyed wins at another ITF in Sunrise too.  Bellis gets the ultimate reward with a third round tie against Serena Williams.

Serena has been troubled by a knee injury, which forced her to withdraw from Indian Wells.  It was an emotionally taxing week for the world number one who returns to Miami, her home tournament, where things should be much calmer and relaxed.  In her first match in Miami, Serena was once again firmly entangled in the web of Monica Niculescu.  It was nice to see a replay of this match-up because I missed their Indian Wels encounter.  Serena won, 6-3 6-1, but the scoreline didn’t reflect how tricky this was.  The world number one has won Miami seven times and since 1998, has only once lost before the quarter-finals.  This will be an engrossing match-up between youth and experience.  There’s little data to go on with Bellis, but i’d fancy her to give a respectable account of herself. 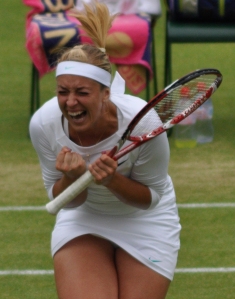 Well hello there… for the sixth time in under a year, Sabine Lisicki and Ana Ivanovic will meet on a tennis court.  The pair had never met before Stuttgart last year, but match-ups keep popping up left, right and centre.  Both players came through gruelling three setters on Friday; Lisicki beat fellow compatriot Julia Goerges, 7-6(1) 6-7(5) 6-4 in two hours and 45 minutes, while Ivanovic overcame Irina Falconi, 7-5 6-7(4) 6-3 in two hours and 35 minutes.  Since reaching the final of Brisbane, Ivanovic has gone off the rails a little bit.  From snippets i’ve seen on Twitter, it appears that her foot is still not 100%. Lisicki’s year is looking up and even though the match against Goerges sounded like a right trial, she won it.  After losing back-to-back-to-back three setters at the start of the year, Lisicki has now won three of her last four deciding sets.  Ivanovic owns this match-up and powered through their most recent match in Dubai in just 65 minutes, 6-0 6-3.  This would appear to be a prime opportunity for Lisicki to bag a win against the Serb. I’m still not convinced though… 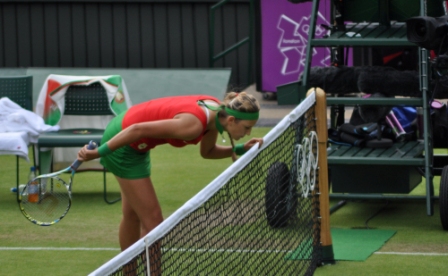 Victoria Azarenka outplayed Jelena Jankovic to progress into the third round of Miami with a 6-1 6-1 victory in 87 minutes.  Azarenka was superb in the first set and although the second set had the same scoreline, Jankovic put up some late resistance.  There were two lengthy games in the second set; Azarenka won both of them, but not without saving a string of break points.  In fact, Azarenka saved 13 break points in the match including a late flurry in the last game of the match.  She finally sealed the win on her seventh match point.  In the third round, Azarenka plays Flavia Pennetta.  The Italian player came from a set down to seal her fourth consecutive victory against Tsvetana Pironkova, 6-7(1) 6-3 6-3 in two hours and 19 minutes.  The last time that Azarenka and Pennetta played each other was in the US Open semi-finals where Vika prevailed in a break-happy match, 6-4 6-2.  I’d expect another win for Azarenka but this should be her toughest match of the week.  After a slow start to the year, Pennetta has significantly improved in the last month.  There’s a fourth round match i’d love, love, LOVEEEE to see and i’m hoping it happens!