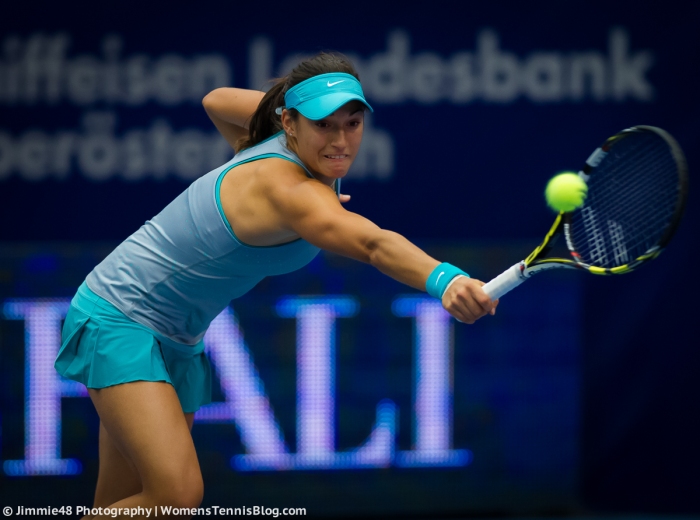 Agnieszka Radwanska will be looking for revenge when she goes up against Caroline Garcia in the first match of the day in Dubai on Tuesday.  The pair played in Wuhan at the back end of 2014 where Garcia prevailed in a fabulous encounter, 3-6 7-6(4) 7-6(7).  Their first ever match-up in Madrid last year was also highly entertaining.  Garcia has performed well at the start of 2015 although her results may not entirely suggest that.  Garcia lost her first match of the year against Angelique Kerber in Brisbane, but it was a high quality affair.  At the Australian Open she reached the third round, eventually losing to Eugenie Bouchard, 7-5 6-0.  It was a match that highlighted where Garcia needs to work on in terms of her mental toughness.  She had the lead in the first set, but was unable to bring it home.

Garcia’s first match of the week was against Arina Rodionova and she won comfortably, 6-3 6-2.  The Frenchwoman hasn’t lost to a player ranked below her yet this year.  Her consistency is something that let her down last year although with her ultra-aggressive game style, she is bound to have off days.  Radwanska made a promising start to the year at the Hopman Cup, but hasn’t done much since.  She lost early in Sydney to Garbine Muguruza, made the 4th round in Melbourne and then lost both her matches in Fed Cup action.  She has a tough draw in Dubai with some hard hitters in her section who, on a roll, can cause major issues.  I’m tempted to go for the upset, but Radwanska is pretty solid at bouncing back from disappointing performances so I think she’ll survive.  Garcia played an absolutely stonking match in Wuhan and I have my doubts whether she can replicate that.

Caroline Wozniacki and Sam Stosur will resume their rivalry third match up on the Centre Court on Tuesday.  Stosur won the first match of the tournament with a comprehensive 6-3 6-1 victory against an error-strewn, Mirjana Lucic-Baroni.  Wozniacki is playing in her first tournament since a second round loss in Melbourne to Victoria Azarenka.  The pair have split their eight encounters.  There hasn’t been a great deal of momentum in their rivalry with no player winning more than two matches in a row.  Stosur won their most recent encounter in Beijing at the end of 2014, 6-4 7-6(9), but Wozniacki won the one before in Eastbourne.  It’s always a match-up that delivers a competitive match and it could be a stumbling block for Caro.  She’s the kind of players who needs matches to find her rhythm.  I’ll go for Woz, but I am slightly wary… 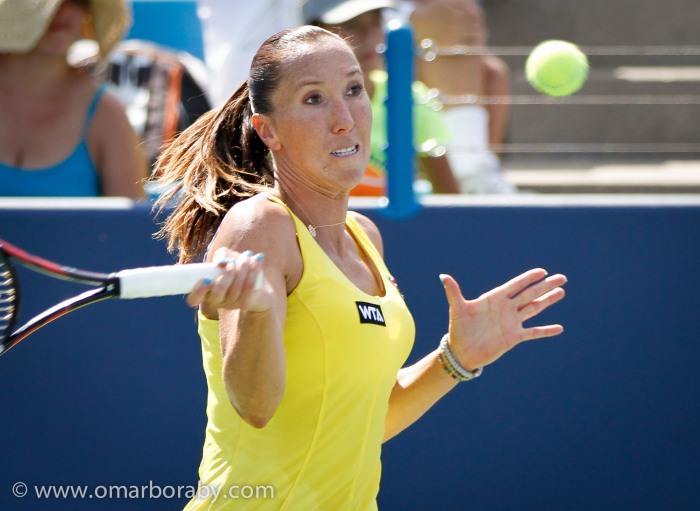 The good matches just keep on coming… Jelena Jankovic comes into this match as the seed but based on their recent trajectories, Garbine Muguruza will be the favourite to prevail.  The Spaniard overcame Jarmila Gajdosova in the first round, the toughest of all the qualifiers, 3-6 6-1 6-2.   Jankovic won her first match of the year in a match that didn’t finish until after Midnight due to the epic Cornet-Flipkens match.  She lost the middle set against Timea Babos, but recovered to win in three, 6-3 4-6 6-1 in two hours and 7 minutes.  Muguruza won their last match in Tokyo, a gripping two setter, 7-6(4) 6-4.  I’m slightly concerned about Garbine not being 100% after hearing reports of her struggling against Gajdosova, but i’m going to stick with my original thoughts… Garbine for the win.

Simona Halep d. Daniela Hantuchova in 2 sets *Reports that Halep may pull out with a rib injury but until officially confirmed, i’m sticking with Simona*