This is the last week of regular WTA tournaments in 2014 and once again, i’m scratching my head wondering where the hell has 2014 gone?! The final two events will be held in Moscow and Luxembourg.  Both tournaments have end-of-season vibes with plenty of pull-outs.  Moscow has been hit hard with the likes of Caroline Wozniacki, Ana Ivanovic, Petra Kvitova, Angelique Kerber and Jelena Jankovic ALL withdrawing.  As Singapore looms on the horizon, i’m relieved that none of the eight are playing next week.  It’s been a LONG year and I am slightly tennised out.  Is that a word? Have I created one? I really don’t know.  Anyway, please excuse my predictions, but it’s the final week so i’m letting myself go a little. 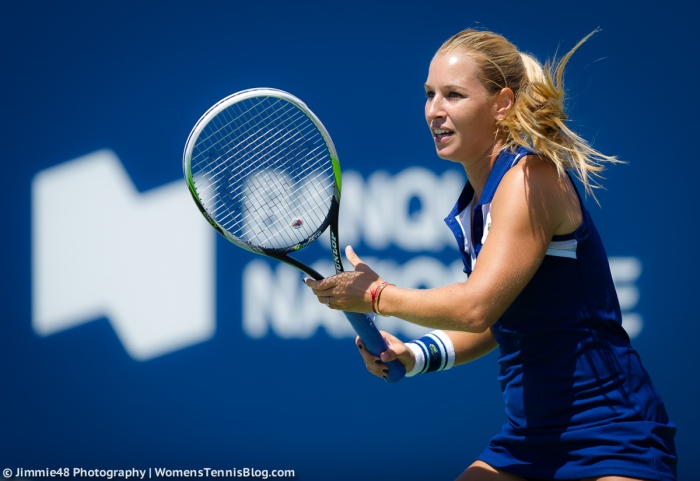 Moscow’s original entry list was fantastic, the best the tournament had attracted in years.  I think this was because many of the contenders for Singapore committed in case they needed points to qualify.  In fact, the race petered out weeks ago, which meant the withdrawals just kept on coming.  Along with the names mentioned above, Sara Errani, Carla Suarez Navarro, Bojana Jovanovski and Magdalena Rybarikova also withdrew.  So who actually has turned up? Dominika Cibulkova, Flavia Pennetta, Lucie Safarova and Ekaterina Makarova are the top four seeds in Moscow.

Cibulkova is the number one seed and will be looking to end the season on a high after a rough second half to 2014.  It was all going so well at the start, reaching a first Grand Slam final in Australia; however things have gone sour for Dominika, who has also had  injuries in the last month.  After a bye in the first round, she will play Olga Govortsova or a qualifier in the second round.  Her quarter features Anastasia Pavlyuchenkova, who has a tricky opener against Ana Konjuh.  Pavs’s form has been dire of late and she hasn’t won two matches at a tournament since Cincy in August.  Illness ended her last tournament in Beijing.  If she doesn’t sort her form out, Konjuh certainly has the weapons to stage the upset.  Tianijn champion, Alison Riske could await the winner in round two.  Perhaps I am high on end-of-season fumes, but this feels like the type of tournament where Konjuh could go on a run against weary and tired legs.  Going in her favour is that at all the WTA tournaments she has entered, Konjuh has performed extremely well.

Flavia Pennetta could face the Linz finalist and fellow countywoman, Camila Giorgi in the second round.  Pennetta, who has received the wildcard for Sofia after Jelena Jankovic pulled out through injury, has a 15-14 W-L record since winning the biggest title of her career in Indian Wells in March.  Pennetta’s section also features Karolina Pliskova, who has been brilliant in the fall season.  After winning another title in Linz, she will be dangerous in the draw.  She has proven that she can play back-to-back tournaments; however she did take a MTO in the Linz final and all the tennis she played in China *could* catch up with her.

Lucie Safarova and Svetlana Kuznetsova are the highest seeds in the third quarter.  Lucie’s last tournament saw her reach the third round of Beijing before being defeated by Serena Williams in three sets.  Kuznetsova went one step further in Beijing, earning an impressive victory over Angelique Kerber.  Kuznetsova takes on Klara Koukalova in the first round.  After a fantastic start to the year, Koukalova seems to be running out of gas and has won just four matches on the tour since Wimbledon.  Safarova’s first match of the week will be against Alexandra Panova or Ajla Tomljanovic.  In Tianjin, Tomljanovic had her best week since knocking Agnieszka Radwanska out of the French Open.  She reached the quarter-finals, losing out to Peng Shuai in a tight three setter.

The number two seed in the draw is Ekaterina Makarova, who will play Irina-Camelia Begu or Donna Vekic in her first match in Moscow.  At number 10 in the Race to Singapore, Makarova has had a brilliant year.  Caroline Garcia is the other seed in this section and plays one of the stars from this year’s US Open, Aleksandra Krunic.  Interestingly, Krunic hasn’t won a match since that majestic run, which saw her defeat the Wimbledon champion, Petra Kvitova. 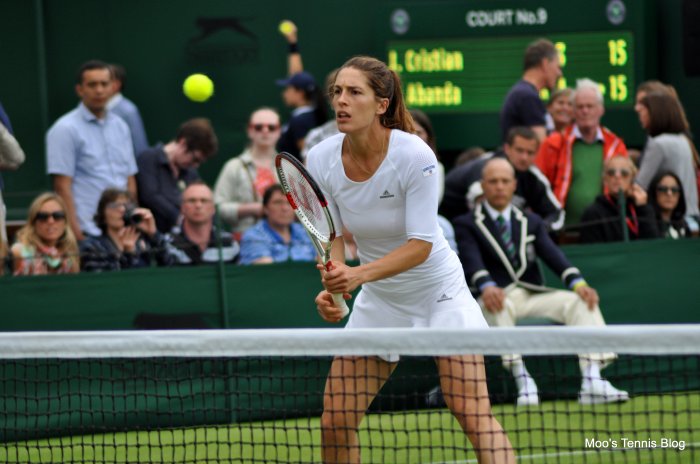 Andrea Petkovic and Alize Cornet are the headline acts in Luxembourg next week.  Petko will be hoping to recover from a disappointing first round loss in Linz to Camila Giorgi.  Her draw this week has been much kinder as she will play Pauline Parmentier in the first round.  Roberta Vinci is Petkovic’s projected quarter-final opponent and she opens against Tereza Smitkova.  Also within this section are Linz semi-finalist, Karin Knapp and Beijing quarter-finalist, Timea Bacsinszky, who could both do some damage.

Another German player looking to redeem themselves this week is Sabine Lisicki.  She plays the most high profile first round match against Daniela Hantuchova.  Lisicki lost in a third set tiebreak to Knapp last week in Linz.  Varvara Lepchenko is coming all the way from Tianjin and has a tricky opener against Julia Goerges.  The German player needed a wildcard to get into the Luxembourg main draw, but could be one to watch based on her previous form at this tournament (final in 2010, semi-finals in 2011).

Kirsten Flipkens and Barbora Zahlavova Strycova are the two seeds in the third quarter, which really could go any way with seven players all of similar quality.  In the final quarter, Alize Cornet bookends the draw.  She plays a qualifier in the first round.  There could be a rematch of the Guangzhou final between Cornet and Monica Niculescu in the quarters, which would bring joy to the tennis community.  Niculescu won Guangzhou, but her momentum was snapped by Andrea Petkovic in Beijing when she was unable to convert on match points in a crazy match.  Mona Barthel is in this section and plays recent doubles partner, Mandy Minella in the first round; Niculescu takes on Antonia Lottner.  This feels like the type of tournament where Barthel could go on a tear and win it.  Of course, she could also whimper out to Niculescu in the second round, 6-2 6-0.  Niculescu has done well in Luxembourg before.  But heyyy, it’s the final week so i’m taking a risk and backing Mona to win the whole caboodle.