The Asian swing has seen a shake-up this year with Wuhan replacing Tokyo as the Premier 5 event.  We have three WTA tournaments this week, which feels a little excessive.  It is also a little odd to have so many of the top players in action just one week after the conclusion of the US Open.  Seoul has attracted the defending champion, Agnieszka Radwanska, meanwhile Guangzhou has Sam Stosur as the top seed.  Let’s take a look at the draws… 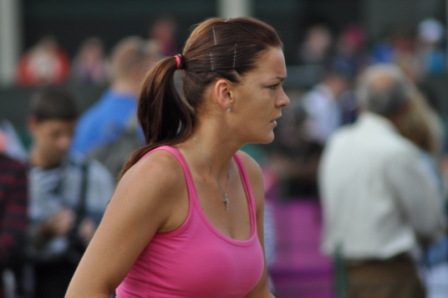 Agnieszka Radwanska will begin the defence of her Seoul title against Polona Hercog in the first round.  In the quarter-finals, Radwanska is projected to meet Varvara Lepchenko, who defeated her in Stanford earlier this year.  Radwanska had an up-and-down summer hard court season; her performance against Lepchenko was worryingly poor, but she rebounded to win the title in Montreal.  At the US Open, she fell in the second round to Peng Shuai, failing to take advantage of what *looked* like a favourable draw.  After Peng’s run to the semi-finals, it didn’t look like such a bad loss.

In the middle two quarters, some of the stand-out floaters have drawn seeds.  Hong Kong semi-finalist, Francesca Schiavone opens against the number 4 seed, Magdalena Rybarikova, meanwhile Mona Barthel takes on the number 7 seed, Caroline Garcia.  Barthel won Bastad before the summer hard court season, but has won just one main draw match since then.  Another intriguing first round match will see Maria Kirilenko take on Donna Vekic.   The 18-year-old Croatian player won her first WTA title at Kuala Lumpur earlier this year, but her form has been unconvincing since then, winning just two main draw WTA matches.  Kirilenko’s year has been derailed by injury; her last two tournaments have been Grand Slams although she did score a very impressive win over Sloane Stephens at SW19.

In the final quarter of the draw, Heather Watson has bagged the number eight seed and has a workable draw to the quarters.  The highest seed in the bottom seed is Karolina Pliskova, who reached the final of Hong Kong last week.  Pliskova led Sabine Lisicki 5-1* in the first set, but wobbled pretty spectacularly to lose six straight games.  The bottom half is pretty wide open, but Kaia Kanepi would be my tip to make the final.  She enjoyed some excellent wins at the US Open and despite her niggling nerves, is a cut above the rest of the players in the bottom half of the draw when she’s on. 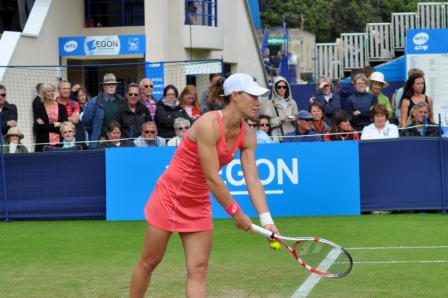 Sam Stosur headlines the tournament in Guangzhou, which also features Alize Cornet, Sloane Stephens and Roberta Vinci.  Stosur has blown hot and cold through much of 2014.  In Stanford, she lost to the world number 406, Naomi Osaka, but in Cincy, went toe-to-toe with Serena Williams before falling in two tiebreak sets.  Stosur’s quarter features Sorana Cirstea, who she could meet in the second round and Jana Cepelova, who she could meet in the quarter-finals.

The finalists for the WTA International event in Tashkent last week are both in the second quarter of the draw.  Karin Knapp and Bojana Jovanovski have tricky openers; Knapp takes on Monica Puig, who she defeated in Cincy qualifying earlier this year and Jovanovski plays Monica Nculescu, a dangerous opponent for big hitters with little variety.  Along with Jovanovski, Zarina Diyas is seeded in the second quarter.  Ranked at number 40 in the world, the 20-year-old has had a superb year considering she had to qualify for the Australian Open at the start of the year.  Diyas has reached the third round of three of the four Grand Slams this year and is a promising talent, one that hasn’t attracted a great deal of attention on the tour.

The highlight of the bottom half is a first round match between Alize Cornet and Yulia Putintseva.  If this match isn’t streamed, WTA fans will probably be rioting.  Putintseva has gained a cult following with some of her antics so up against Cornet, equally hilarious on court, this should provide a delightfully tasty match.  Cornet has also lost a few of these types of matches since Wimbledon so don’t be surprised if Putintseva scores the upset.