Li Na progressed into the semi-finals of New Haven last night after beating Anastasia Pavlyuchenkova, 6-4 3-6 6-2. I watched the first set of the match, which was truly terrible! Li started the match well as she moved Pavlyuchenkova around the court and exposed her poor movement with some solid hitting. However from 3-1 up in the first set, Li collapsed and became extremely error-strewn. She did however manage to pull the first set through as Pavlyuchenkova double faulted away the first set. In my opinion, her new serve action has sent her game backwards because she has lost all consistency on the serve, which was one of her stronger weapons. 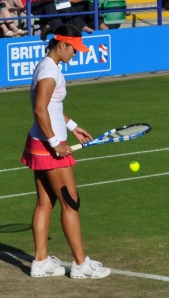 Despite some alarming lapses in concentration, a victory for Li Na never looked in doubt

I agreed with the commentary from Sam Smith on Eurosport who said that Pavlyuchenkova is unsure of what her best game is. I personally believe she needs to attack more with her groundstrokes. Her defensive game is hampered by her poor movement so she needs to look to get the first strike in. In the first set, she was quite passive and was aided by Li’s mistakes. Before the Quarters, Pav did manage to win two matches including an impressive victory over the tricky Italian, Roberta Vinci. I wonder if the long season is starting to take its toll on her; the same thing happened last year where she admitted she was a spent force in the latter months of the year. 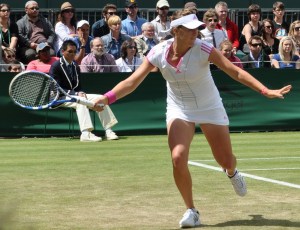 Li Na will now go onto face Petra Cetkovska in the semi-finals, who continued her superb run of form with a 7-5 7-5 victory over Marion Bartoli. She beat Agnieszka Radwanska in the previous round and looks an unseeded threat at the US Open. I managed to watch her play at Wimbledon in her match against Radwanska and I was impressed with her game. I’m looking forward to having the chance to watch her again tonight against Li. In the other semi-final, Caroline Wozniacki will take on Francesca Schiavone. Wozniacki produced a much improved performance to turn the tables on Christina McHale, meanwhile Schiavone had a walkover when Anabel Medina Garrigues had to pull out with a knee injury. 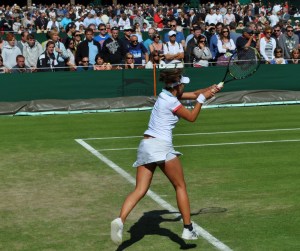 Cetkovska has had a superb year and after some excellent wins on the ITF tour, she has transformed her form to the main tour

Predictions:
Li to beat Cetkovska in 3 sets
Wozniacki to beat Schiavone in 2 sets

Coming Soon… My preview of the US Open draw! Look out for it on Sunday night 🙂