The bizarre year that is 2020 continues with a French Open in the Autumn. This tournament marks the first year that the Phillippe Chatrier court has a roof and it looks set to be used extensively with the forecast predicting some damp and cold conditions ahead. Read on for my detailed dissection of the women’s draw with play set to begin on Sunday. Enjoy!

Fun fact 🤓: After a year on the sidelines due to achillles and foot injuries, Daria Gavrilova is back! The 26-year-old made her comeback on the ITF tour last week in Cagnes-Sur-Mer where she won two matches en route to the quarter-finals. I have a real soft spot for Dasha and she’s one of the funniest players on social media (follow her on Instagram if you don’t already!). Gavrilova will play the number 24 seed, Dayana Yastremska in the first round.

Blockbuster R1 matches 🎆: So many to choose from in this top quarter! The stand-out first rounder from the entire draw will see Jo Konta take on Coco Gauff. It’s exciting to see Gauff play all the top players for the first time and super intrigued to see how she fares in her first outing at Roland Garros. I’m leaning towards the steadier serve of Konta. For a hipster’s paradise, you can’t look past last year’s finalist Marketa Vondrousova up against Iga Swiatek. For old times’ sake, a tenth career meeting between fellow compatriots, Svetlana Kuznetsova and Anastasia Pavlyuchenkova will be fascinating.

Match-up(s) hoping for 🤞: We could be on course for a Swiatek/Vondrousova-Hsieh R2 match which would be dreamy. Deeper into the draw, Halep-Anisimova (R3) would be interesting as Anisimova abruptly ended Halep’s title defence last year in the quarter-finals.

General thoughts 🤔: I like this quarter of the draw with a nice mix of youth and experience, and many, many dangerous floaters. Halep is the overwhelming favourite to win the French Open but the draw has some dangerous highlights with Anisimova (R3) and Yastremska (R4) both giant killers on a good day. I feel like Halep will come unstuck somewhere. I’m not brave enough to call it though! Of the other contenders in this section, Johanna Konta has a challenging looking draw and Kiki Bertens, despite love, love, loving the clay, hasn’t won post-lockdown and retired injured in Strasbourg. While both haven’t played since the US Open, I fancy Maria Sakkari or Shelby Rogers to do things in this draw. 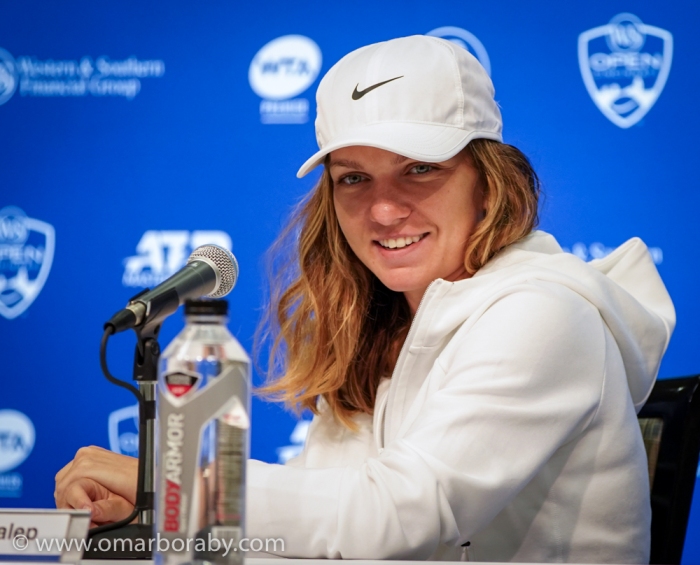 Fun fact 🤓: This quarter has a strong case of déjà vu. Poor Kristie Ahn will face Serena Williams in the first round for the second consecutive Slam. There’s a first round rematch between Anett Kontaveit and Caroline Garcia who just played against each other in the first round of Rome. There’s also the potential in this draw for a THIRD post-lockdown meeting between Victoria Azarenka and Venus William who, if they win their openers, will square off in the second round.

Blockbuster R1 match 🎆: I’m drawn to the first rounder between Tsvetana Pironkova and Andrea Petkovic. Pironkova was one of the feel-good stories of the US Open as she returned to the tour for the first time in three years and scored wins over Muguruza, Vekic and Cornet to reach a first ever US Open quarter-final. Petkovic is set to play her first match in a nearly a year due to a knee injury and then having skipped the tournaments in the US. Petkovic is much more comfortable on the clay but i’d still take Pironkova after her exploits in New York.

Match-up(s) hoping for 🤞: Avoiding the obvious for the moment, i’d be all in for a Mertens-Kontaveit (R3) clash. The pair have arguably been two of the most consistent players since the restart, combining for 26 wins post-lockdown. I’m kind of disappointed to see them in each other’s quarter because both have the potential to go deep. Now to the obvious – a Serena-Azarenka (R4) clash would be marvellous.

General thoughts 🤔: The Serena-Vika-Venus eighth is all kinds of fun with the likes of Putintseva, Strycova and Pironkova adding some additional jazz. I’m high on Azarenka after her US Open run as she just seems set in a really good place mentally. Svitolina, who is into the final of Strasbourg, impressed me in Rome although I couldn’t get my head around her loss to Vondrousova in Rome, a match that I didn’t watch. Kontaveit and Mertens are eternal dark horses but i’m not convinced they have the giant killing mentality yet to be classed as contenders. 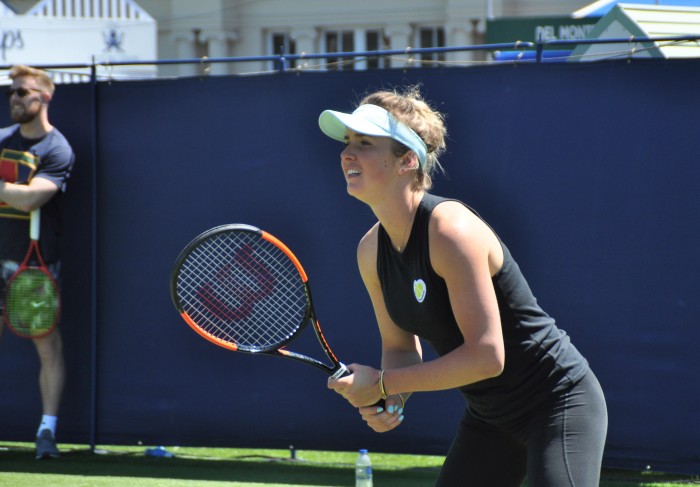 Fun fact 🤓: The third quarter features some recent clay court champs with Fiona Ferro and Patricia Maria Tig both winning clay-court international titles post-lockdown. Ferro won the first tournament back in Palermo, but has since been sidelined due to a rib injury. Tig won the tournament in Istanbul, prevailing in a dramatic final over Eugenie Bouchard. The duo in this section could become a trio with Elena Rybakina competing in the final of Strasbourg on Saturday.

Blockbuster R1 match 🎆: Nothing majorly stand-out. I’ve circled the first rounder at the top of this section between Aryna Sabalenka and Jessica Pegula. The pair played in Cincy-New York where Pegula crafted the perfect counter puncher’s match to beat Sabalenka, 6-2 2-6 6-3. I’m unsure of Pegula’s pedigree on clay having not played prior to this year’s French Open. I’d go for Sabalenka who was back to winning ways in Strasbourg where she reached the semi-finals.

Match-up(s) hoping for 🤞: Bring on Muguruza-Brady (R3) which could be an absolute cracker. Brady hasn’t played post-US Open and not entirely sure about her clay court credentials. Still, she is surely a danger with the form and confidence she’ll bring into this tournament. In their only previous meeting, Brady beat Muguruza in Dubai earlier this year, 6-7(5) 6-3 6-4. Kenin-Vekic (R3) could also be a fun, angsty match in what would be a first career meeting if it were to happen.

General thoughts 🤔: The potential third rounder between Muguruza and Brady feels like it could be the defining match of this quarter. I’d be on the Muchova bandwagon to the quarters if it wasn’t for the leg injury that she picked up at the US Open. Kenin has to get over the Azarenka 0-6 0-6 loss and I tend to think she will as she comes across as very resilient and in the same mould as Svitolina. Clay’s not her favoured surface so it would still be a surprise to see her live up to her seeding. Strasbourg finalist, Rybakina, is definitely one to keep an eye on.

Blockbuster R1 matches 🎆: It’s a shame that there won’t be a crowd for Kristina Mladenovic‘s opening match against Laura Siegemund. The pair played a belter of a final in Stuttgart in 2017. Never thought i’d be rooting for Siegemund… please Laura 😂. There’s plenty of intriguing matches in this section with Madison Keys vs. Zhang Shuai (Zhang 3-2 H2H lead), Julia Goerges vs. Alison Riske (can’t believe Goerges isn’t seeded) and Jelena Ostapenko vs. Madison Brengle (omg).

Match-up(s) hoping for 🤞: I’m fascinated to see who comes out of the top quarter with Petra Kvitova, Angelique Kerber and Madison Keys all in the same eighth. Kerber-Keys (R3) would be a first ever meeting between the pair on red clay. It’s hard to pick out potential matches from this section because I think so many of the early round matches are 50-50.

General thoughts 🤔: This feels like the most open section. I like Petra Martic who loves the clay and will be revelling in the joy of Yulia Putintseva nowhere in sight, the player that has beaten her in her last two tournaments. Of the Kvitova-Kerber-Keys trio in the top eighth, I find myself trending towards Keys. The American is a consistent performer at the Slams and also, at coming in cold with few matches under her belt. It’s a tougher Slam draw for Keys than usual but I tend to think she could be one of the few to hit through the likely heavy conditions that will persist in Paris over the next two weeks. 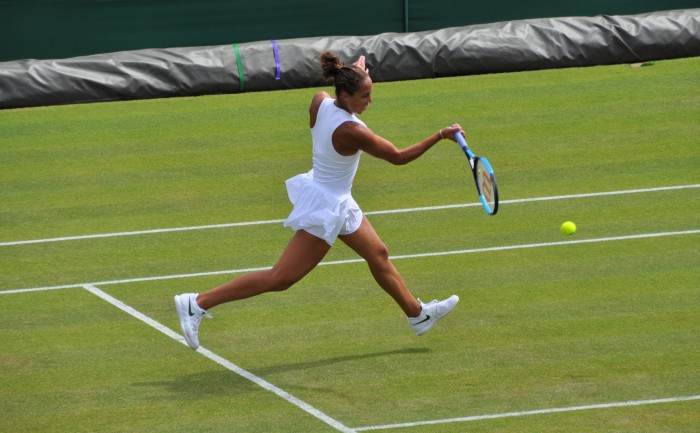 I didn’t get to watch much of Rome and any of Strasbourg so my predictions are mostly on instinct! What I did see of Rome, convinced me that Muguruza is my champ for Roland Garros. I love how she has been competing this season and I think she’s very comfortable on the clay and in these conditions, having prevailed on the heavy Parisien courts back in 2016. I think the weather could play havoc with this draw…