I have been focusing on the WTA tour this year but i’m pleased to say that we have a guest post from Vithun Illankovan (@VitIllankovan on Twitter) who is here to count down his season-ending top ten predictions for the ATP at the end of 2016. 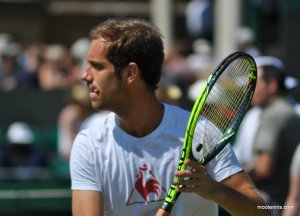 I expect Gasquet to retain his place in the Top 10 by 2016. By virtue of his improved performances in the Grand Slams, Gasquet was able to re-enter the Top 10 after a disappointing 2014, which impressively, is his 3rd Top 10 finish in the last four years. Gasquet’s performances at Wimbledon and the US Open showed what he is capable of if he plays with a bit more intensity. Beating the best players in big events still remains an issue but that is the case for the majority of the ATP tour. Staying in the Top 10 will be a tall order but I think Gasquet can do it.

2015 was another typical year for David Ferrer and I expect no different in 2016. Considering Ferrer fell seven places in the rankings between 2013 and 2014, it was surprising to see him rise up again to No.7 this year when so many expected him to decline further. Winning titles at ATP 250 and ATP 500 level will be key for Ferrer; he won five titles in 2015 and will need something similar to stand a chance of remaining in the Top 10. While age continues to make life harder for Ferrer, his determination and work ethic should allow him to maintain a high ranking. While I expect his Slam performances to continue declining, he should win multiple titles to preserve his place in the world’s elite. 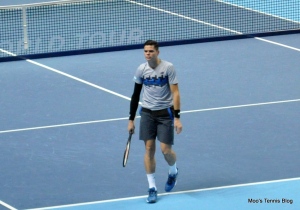 2015 was a disappointing year for Raonic as it marked the first time in his career where he finished the season with a lower ranking than which he started it with. Raonic started the season well with performances like those of a regulation Top 10 player but injury during the clay season derailed his year and he was never able to regain his level. On a positive note Raonic has the opportunity to gain a lot of ranking points at the Slams in 2016 after early exits at Wimbledon and the US Open as well as missing Roland Garros entirely. An injury-free season and an increase in competitive spirit will be required to return to the Top 10 but it is definitely within his capability. I’d fancy Raonic to reach his 2nd Grand Slam semi-final and his 3rd Masters final next year. 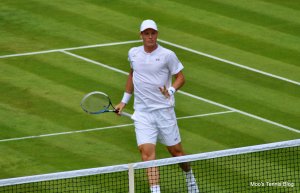 Berdych had a similar 2015 to Ferrer, comfortably remaining a fixture of the Top 10 but not having any outstanding results. I would love to see Berdych push on and win his 1st Grand Slam, as I believe he has all the weapons to do so. The Australian Open and Wimbledon provide his best opportunities but unfortunately it seems that Berdych is very content with being a perennial Top 10 player.  Based on his consistency throughout a season, it is almost certain that Berdych will finish 2016 somewhere in the Top 10. However the chances of him bagging that elusive Slam or even reaching his 2nd Slam final remain highly unlikely. 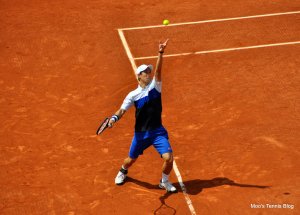 2015 would probably have been considered an acceptable year by Nishikori but I believe it could have been much better. Nishikori produced a string of consistent results during the 1st half of the year; notably back-to-back Grand Slam quarter-finals and winning three titles. However, early exits at Wimbledon (due to injury) and the US Open severely limited his progress during the 2nd half of the year. I still have doubts about Nishikori being a successor to the likes of Djokovic and Murray and ever winning a Grand Slam; the fact he is so injury-prone is the main reason for this. I expect Nishikori to have a slight improvement in Slam performances and ranking next year but I don’t see him as a genuine contender for Grand Slams anytime soon.

2015 was a solid year for Federer with his extremely attacking playing style including the introduction of Sneak Attack By Roger (SABR) paying dividends. Unfortunately, Federer came out 2nd best to Djokovic at Wimbledon, the US Open and the ATP World Tour Finals. Motivation for an 18th Grand Slam title at Wimbledon and an elusive Olympic Gold singles are clear by Federer’s schedule as he is not down to play any tournaments between Indian Wells and Roland Garros. With the exception of Djokovic, Federer is almost always the favourite to win on faster surfaces but I have never been confident in him winning another Grand Slam title since Wimbledon 2012. As a result I don’t think Federer will win a Slam or Olympic Gold in 2016 but a couple of deep runs in these events and a few smaller titles will help him remain in the world’s Top 5. 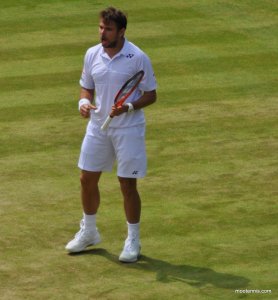 I have been a fan of Wawrinka’s for a long time so it is great to see him as a multiple Grand Slam champion. Despite his consistency being questionable, he continues to show his champion spirit by bringing his best tennis to the biggest events. His victory against Djokovic in the Roland Garros final was one of the best individual performances I have ever seen. I think 2016 will be another stellar year for Wawrinka. I would fancy him to win the US Open, continuing to raise debate about whether the Big 4 should be the Big 5.

Murray had a very good 2015 with the clear highlight being leading Great Britain to Davis Cup victory and as a result winning his 2nd BBC Sports Personality of the Year award. Unfortunately he failed to add to his tally of Grand Slams being beaten by a player on better form every occasion. However, it is clear that the Davis Cup took a lot out of him and it is unlikely he will be as committed to it next year now that he has won it.  I am intrigued to see how Murray fares in Australia as I know he was devastated that his run of 18 consecutive Grand Slam quarter-final appearances came to an end against Kevin Anderson in the 4th Round of the US Open. I think that loss will only motivate Murray more and believe he will win the Australian Open but fall one place in the rankings due to less consistency overall.

Nadal had an extremely disappointing 2015, with it being the first year since 2004 that he failed to win a Grand Slam. The saddest thing about this was that it was due to a lack of confidence in his game rather than injuries but his level of play did improve significantly after the US Open. Nadal’s confidence isn’t where it used to be and so there are still question marks surrounding him entering 2016. However, his confidence was increasing every tournament towards the end of 2015 and when Nadal is playing confidently on clay he is virtually unstoppable. For that reason I’m backing the Spaniard to win his 10th Roland Garros title in 2016 and a rise up the rankings to where he belongs.

It was quite an easy choice in choosing Djokovic to finish 2016 as the World No.1.  Djokovic was almost unstoppable in 2015 with his only disappointing results not achieving a Career Grand Slam or a Career Masters 1000 when he was a match away from achieving both. While Djokovic has always had the ability, it was impressive to see him maintain such a high level of intensity and concentration throughout an entire season. As it is very difficult to back up such a superb season I don’t think Djokovic will be as dominant in 2016. However he is still my pick to win Wimbledon and Olympic Gold and I believe he will comfortably end the year as World No.1.

Comments are greatly appreciated and I would love to hear your predictions too.