In Friday’s first batch of WTA matches, Victoria Azarenka and Sloane Stephens both won through in straight sets.  Azarenka comprehensively outplayed Jelena Jankovic to win, 6-1 6-1.  Jelena put up some resistance at the end in a marathon final game.  Azarenka needed multiple match points and Jankovic was 0/13 on break points throughout the whole match.  Stephens played another solid match as she took advantage of an out-of-sorts, Madison Keys.  The 2015 Australian Open semi-finalist was in tears at one of the changeovers in the second set and despite a late fightback, lost 6-4 6-2.  I’m all in for Madison, but she still hasn’t proved herself on a consistent basis.  I had two previews planned for today, but I was busy at work today and i’m now feeling asleep… 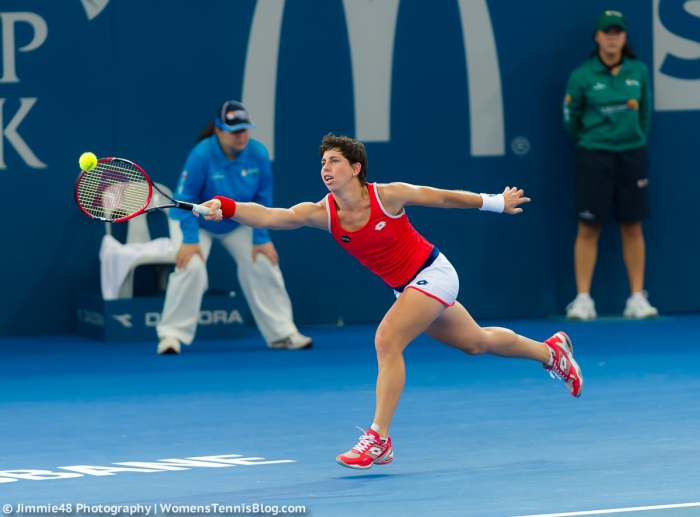 On the slow hard courts of Miami, something tells me that this match could be brutal.  Alize Cornet and Carla Suarez Navarro will play each other for the first time in over a year.  Their last meeting was a lengthy three setter, which Cornet won at the same stage of Indian Wells, 6-7(4) 7-5 6-3.  Suarez Navarro has made a superb start to the year, reaching four quarter-finals (Indian Wells, Dubai, Sydney and Brisbane), one semi-final (Doha) and one final (Antwerp).  She has been very consistent this year and swept up in draws where other seeds have fallen.  She’s also become a dab hand at defeating the big hitters with wins over Petra Kvitova (X2), Karolina Pliskova (X2) and Camila Giorgi (X2).  Her performances in Indian Wells weren’t all that convincing as she battled to three set wins over Anastasia Pavlyuchenkova and Heather Watson; however her record in three setters this year, which stands at 9-3, speaks for itself.

In complete polar opposites, Cornet has had a sluggish start to the year.  The Frenchwoman has a 7-6 W-L record in 2015 and hasn’t made a quarter-final in any of her six tournaments.  In the last month, she has lost matches that you would have expected her to gut out last year.  Cornet won her first match of the week in Miami with a comprehensive straight sets victory against Elena Vesnina, 6-4 6-1.  Equally, Suarez Navarro was not troubled in the first round as she overcame Stefanie Voegele, 6-3 6-1.  The head-to-head is 3-2 in favour of Cornet, who has won their last three matches.  The form book heavily sides with CSN in this one, but I like Cornet’s chances.  Her game matches up well against the Spaniard and her intensity could be the deciding factor. 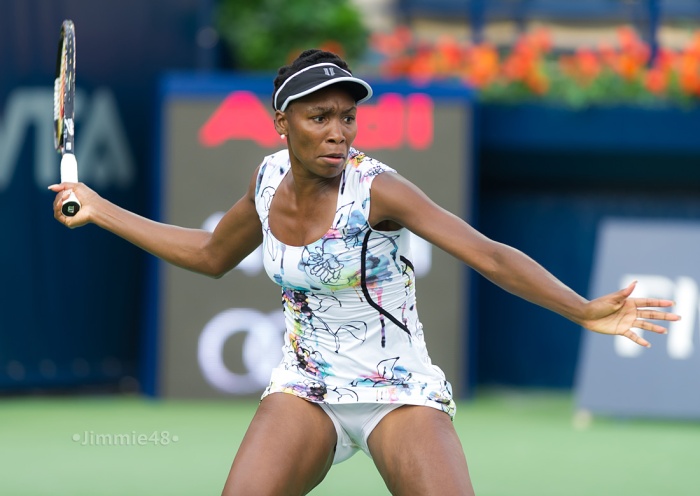 In her first match in a month, Venus Williams defeated Urszula Radwanska in straight sets, 6-3 6-2.  It was a stop-start performance with Radwanska breaking Williams’s serve on three occasion, but Venus comfortably prevailing in the end.  In the third round, Venus will play Sam Stosur.  The Aussie lost a set to Pauline Parmentier in her second round match, but overcame the disappointment to record a third set bagel.  Stosur lost just ten points in the final set to win, 6-1 3-6 6-0.  Venus has been competing as well as ever, but also doing much better in tight matches this year.  In the last couple of years, Venus has become well known for crumbling late into third sets; however, she’s been steady this year with a 6-2 W-L record in three set matches.  Stosur’s form, like Cornet, hasn’t set the world alight and she is yet to reach a quarter-final all year.  In the head-to-head, Venus leads Sam, 6-1.  Stosur’s only win came in Charleston in 2012 and all of Venus’s wins have been in straight sets apart from their most recent encounter in Cincy, which was two and a half years ago.  Stosur needs a significant run at one tournament to get going this year, but I don’t think it will happen here.  At her home tournament in Miami, I don’t believe that Venus will be troubled.

Both photos in this post by Jimmie48 Tennis Photography